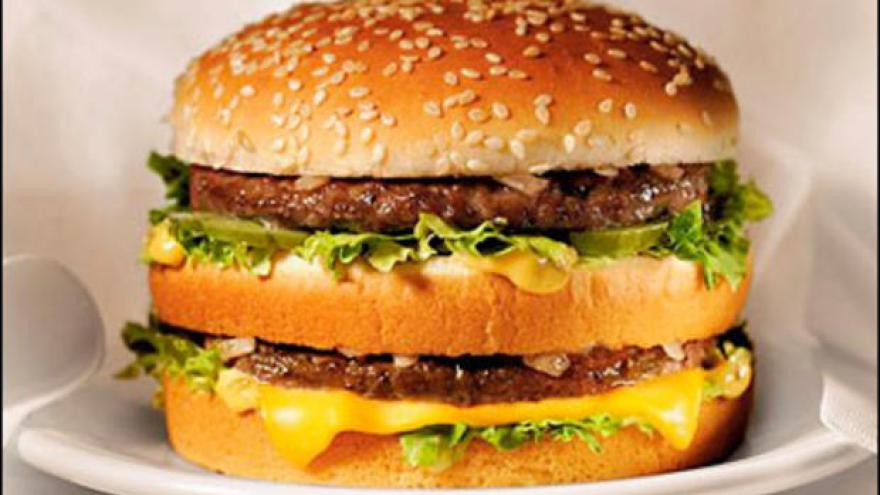 Twenty-two of the top 25 U.S. burger chains -- including McDonald's, Burger King, White Castle and Five Guys -- received a failing grade in a review assessing their practices and policies on antibiotics use in their beef products. Only two chains were given an "A" rating.

The report says 22 chains received "F" grades "for lacking any announced policy to source beef raised without the routine use of antibiotics."

Wendy's received a "D-" because 15 percent of its beef is sourced from producers that cut the use of tylosin, an antibiotic, by one-fifth, it says.

Only two chains -- Shake Shack and BurgerFi -- received an "A" rating. "Both companies currently serve only beef raised without antibiotics," the report says.

The report notes that while Fuddruckers, Steak 'n Shake and Farmer Boys -- which received "F grades" -- have no antibiotics policies, they offer a burger option made of beef raised without antibiotics.

Overuse of antibiotics in livestock can cause resistant bacteria to spread, putting humans at risk of developing life-threatening infections. The report says many meat producers give animals antibiotics to encourage quicker growth or stave off disease, calling it a routine practice.

"When antibiotics stop working, diseases become harder to treat, life-saving surgeries riskier to perform, and a scrape on the knee can even turn deadly," Jean Halloran, director of Food Policy Initiatives in the advocacy division of Consumer Reports, said in a news release Wednesday.

The Centers for Disease Control and Prevention (CDC) calls antibiotic resistance "one of the biggest public health challenges of our time." The World Health Organization (WHO) calls it "one of the biggest threats to global health, food security, and development today."

"Each year in the U.S., at least 2 million people get an antibiotic-resistant infection, and at least 23,000 people die," the CDC says.

The WHO says antibiotic resistance is a natural occurrence accelerated by the misuse of antibiotics in both animals and humans.

In a statement, McDonald's spokesperson Lauren Altmin said "preserving the effectiveness of antibiotics for future generations is highly important" to the company.

"In 2016, McDonald's fully implemented its pledge to no longer serve chicken treated with antibiotics important to human medicine in its US restaurants, which led to the 2018 implementation of an antibiotic use policy for broiler chicken in markets around the globe. McDonald's is currently finalizing a global antibiotics policy for beef, to begin roll out before the end of 2018," Altmin said.

In-N-Out Burger said it "remains committed to beef that is raised without the use of antibiotics important to human medicine. We've had many discussions with our suppliers to explore ways to accomplish this goal."

The report urges burger chains and lawmakers to take action.

"While restaurants and major meat producers have critical roles to play in stopping the overuse of antibiotics, the government must also act to achieve the kind of lasting, industry-wide change needed to fully protect public health," the report says.

"Policymakers should only allow beef producers to use medically important antibiotics under the guidance of a licensed veterinarian, and to treat animals diagnosed with an illness or to control a verified disease outbreak," it says.