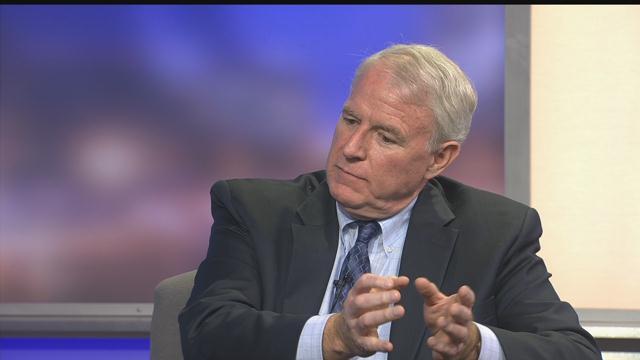 One day before Milwaukee elects a mayor, incumbent Tom Barrett visited us live on the CBS 58 News at 4 to talk about a number of topics.

About the negative tone of the campaign so far-- "If you watch commercials on this very station you'll see commercials for summer employment, for mentoring, for doing what we can to improve the city,"

On his last 12 years in office-- "As of the end of last year there were more residents that had jobs in the city of Milwaukee than at the end of any other year since 2001. That's something that I am very proud of... you've seen a boom of construction in the heart of the city, which has allowed us to create jobs."

On his opponent calling for more police on the streets-- "We have 1880 police officers. What we've done is taken officers that were doing office jobs, we've put them on the street and brought in civilians to do those office jobs."

"I think it's incumbent on (my opponent Ald. Bob Donovan) to say how he's going to pay for all of this, because we are talking about a very expensive thing if we are hiring 100, 200, or 300 police officers."

On the controversy surrounding MPD officers covering up their badge names and numbers while policing a sit-in against Donald Trump. "I was briefed on it this morning... this is less than 24-hours old... There are protocols, I don't know whether the protocols were violated, but it's something we'll take a look at."