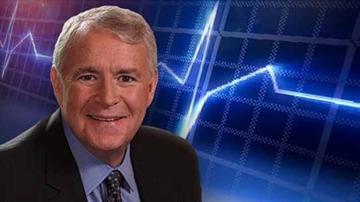 Milwaukee--   For the first time since he passed out after completing a birthday run, Milwaukee Mayor Tom Barrett is talking about his two-day hospital stay and heart procedure.  The Mayor spoke with reporters Friday following a news conference touting a successful program that provides job opportunities for people who have had contact with the criminal justice system.  He admitted that he felt so good last Sunday, that his planned 60-minute run to celebrate his 60th birthday, tuned into his first-ever 20 kilometer run that took him two-and-a-half hours to complete.  The Mayor said after his brother convinced him to go to the hospital, tests revealed elevated levels of cardiac enzymes, and so doctors decided to check his heart arteries for blockages.  \"So they said we're going to do a cath on you tomorrow because of my family history and the fact that I had passed out.  And when they were doing the catheterization, they realized there was some build-up in the arteries, so they did the angioplasty as well.  I have lived to tell about it.  I would recommend that perhaps for my 61st birthday that I would play cards for 61 minutes or something like that,\" Barrett said.    His doctors have told him to avoid running, climbing stairs, shoveling, and lifting anything heavier than ten pounds for the next several weeks.