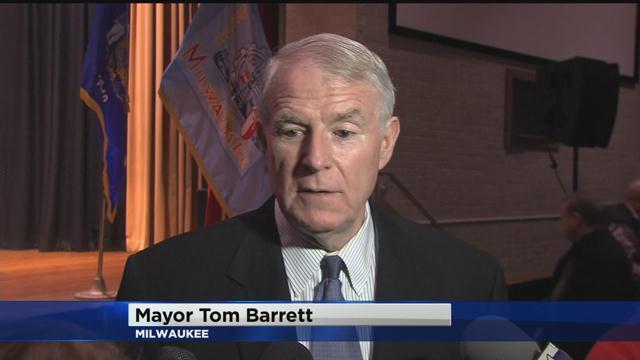 We all know about the challenges Milwaukee faces economic problems, education issues and violence are three of them.

Mayor Tom Barrett touched on those challenges today as he delivered his annual state of the city address.

He also pointed out the need to reduce gun violence in the community.

He hosted the speech at the Hmong American Peace Academy.

Here are a few highlights of his speech.

He said he wants the state to expand early childhood education.

He says since 2006 the city reduced teen pregnancy by 54% making it the first time it's below 300 teens.

He also says infant mortality rates are down.

Mayor Barrett also touched on a federal grant to rid about 700 homes of lead over the next 3 years.

Barrett himself says he's most proud of jobs in the city.