Mayor Barrett Discusses Having Hope for the City Despite Unrest 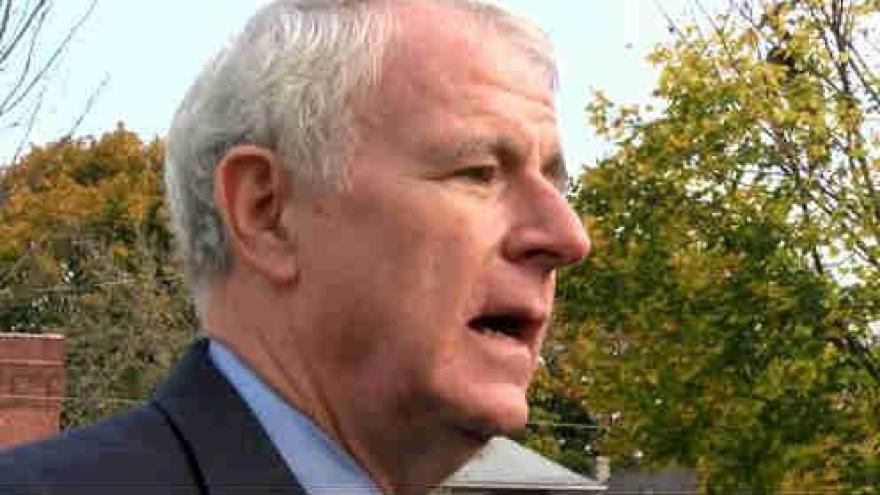 CBS 58: What do you think the main problem is that contributes to the increase or the continuance of gun violence in Milwaukee?

Mayor Barrett: You've got pockets, and they're not small pockets of incredible poverty. And what's happened here in WI, I don't know if this was intentional or what we have the lions share of low income people concentrated in a small area. In fact if you look nationally we have the second highest concentration of poverty second to San Antonio, Texas. You put a lot of low income people in one specific area then you have job issues, housing issues, education issues, public safety issues. A lot of pressures start coming in at the same time.  You've got family issues. Where is the dad? A lot of that leads to the problems that we have right now, and you couple that increasingly lax gun laws at the state level. It is obviously not working. We've got a problem, and we have a challenge, and opportunity. But again it’s not an accident, that the low income people are concentrated in a part of the city. I do get angry when people play Pontius Pilate and say it’s not their problem. It’s all of southeastern Wisconsin's problem, the state of Wisconsin's problem, it’s a societal problem. We have to face up to it. Police community relations is a big part of this as well I believe. and I want this to be a community where our residents can work with and respect police officers, and where police officers can work with and respect our residents. It has to be a two way street. 21:40:35

CBS 58: These families would say as mayor the way to do that what's the first priority?

Mayor Barrett: You have to have a strong and adequate police presence, and we will have a strong and adequate police presence. We are going to have a significant increase in our police budget. We don't have a number yet, but I want to make sure that we have an adequate presence The office of violence prevention is working on a plan that will compliment the work that's being done by the police department community engagement, that's important there's that public health aspect.

CBS 58: How do you get the money for more police?

Mayor Barrett: We have a challenge in doing that and that's why there is so much pressure on the city but people need to understand that's not sustainable given the trends and the relationship that's occurred between the state and the city.  It’s not a fiscally sustainable situation it just is not.  They make it easier for absentee landlords and banks to walk away from foreclosures. Those not only don't help they hurt the city. Its almost like they're deliberately trying to hurt the city. Since I have become mayor if you take the amount we have increased our police budget and the amount we've increased the police pension its been an increasing of $127 million. $127 million higher this year than it was 12 years ago. The amount of money we received from the state is $12 million less. So how do you plan to get law makers to get on board? We are sitting here talking about this, and people need to understand this. You come to a point that we are not going to start closing libraries and pulling nurses people need to understand. We've even said we can't be putting this on the property tax or the sales tax. But what I get is stone silence from the policymakers in Madison and I don't know what they expect is going to happen. Often times they are the one's clamoring for us to hire more police. So its like okay if you want us to hire more police then get us more money.

CBS 58: As the mayor of Milwaukee do you have hope for this city?

Mayor Barrett: This is real for me, this is what’s going on in our city right now. I have been to funerals I have been to wakes I have talked to parents I don't know how a person could be a living human being and not be touched by it when they've seen it as much as I have seen it. At the same time I am filled with hope. I really think we can handle this, if we came together this community can defy the odds.