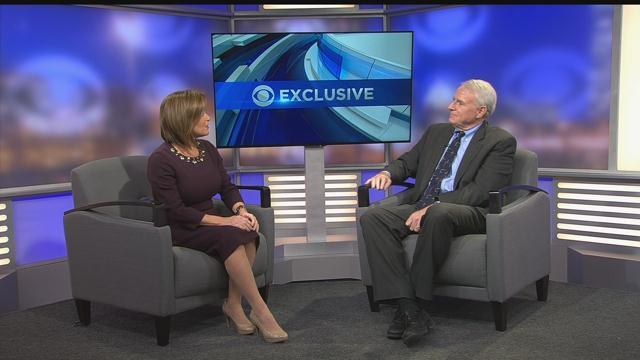 Mayor Tom Barrett told CBS 58 News Tuesday afternoon that he wasn't surprised that the Fire and Police Unions endorsed somebody else for today's primary election.

Mayor Barrett said he anticipated it, considering he is insistent on having police officers and firefighters live in the city.

The residency requirement has been a bone of contention among union leadership.

"I wouldn't say I don't have police and firefighters," Mayor Barrett explained. "I don't have the union leaders."

Mayor Barrett believes that public safety workers have be part of the fabric of the city.

"If we have officers and firefighters leading cub scouts,  brownie troops,  getting involve din local fish fries, it adds  to quality of life and texture of the city."

In the live, unedited interview, the Mayor also emphasized themes he put in his recent state of the city address.

"At the end of 2015 there were more Milwaukee residents working than in any year since 2001," said the Mayor. "That's something I'm proud of. Are there issues with wages? Of course there are, but that's a state issue out of purview of city government."

The Mayor also touted a renovation initiative of neighborhood libraries.

He said he's never hesitant to talk about issues and knows there are many challenges.

"I think there are more good things going on in Milwaukee than any other city in the state."