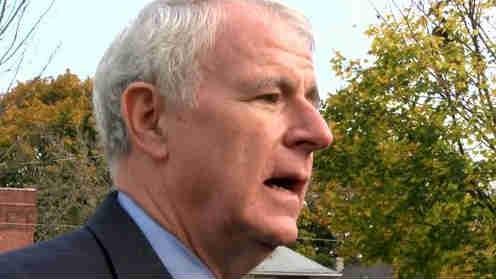 For the first time, Milwaukee Mayor Tom Barrett is calling for the shutdown of a troubled facility for juvenile offenders.

"The situation at Lincoln Hills is, I think, beyond repair," said Barrett.

During an event today, the mayor also suggested that the state should reopen the Ethan Allan School for boys in Wales which has been closed since 2011.

Lincoln Hills, located a half-hour north Wausau is under investigation after many reports of abuse and neglect of the young offenders sent there.

Mayor Barrett points out many of the juveniles come from this area.

"To require them and their families to travel hundreds of miles to have staff that is not really acclimated to the challenges that we have in southeastern Wisconsin, I think was a mistake. I think the state should admit it was a mistake and it should do the right thing and reopen Ethan Allen,” said Mayor Barrett.

Back in May, Milwaukee Alderman Bob Donovan also called for the reopening of Ethan Allen, no matter what it costs.