Mayfair Mall to use specially trained K-9's to detect firearms 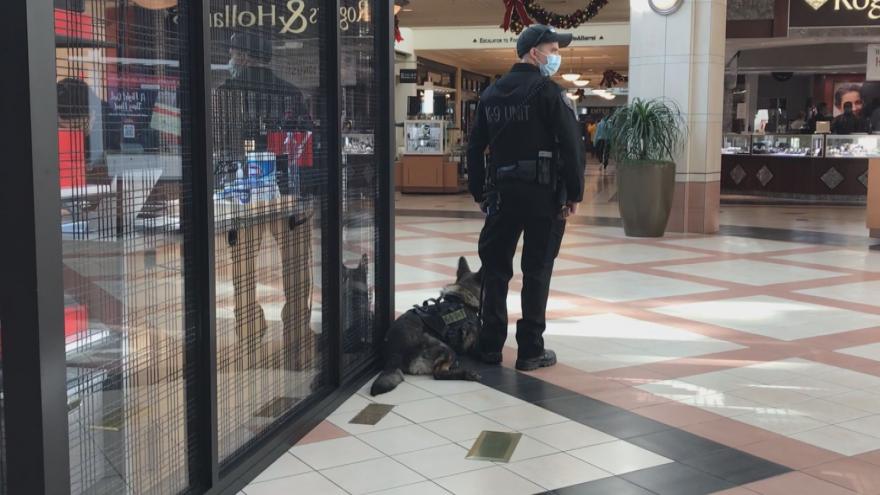 The new security comes after a 15-year-old opened fire inside the mall on Friday, Nov. 20, and struck eight people.

Chris Jaeger, senior general manager of Mayfair said: “Mayfair has served as a favorite destination in Milwaukee for over six decades, and we remain proud of our deep roots in this community. Generations have grown up shopping here and thousands of retail associates rely on Mayfair for their employment. The VWK9 program demonstrates our ongoing commitment to provide a safe, peaceful and inclusive environment for everyone. Firearms and weapons are strictly prohibited within Mayfair and the launch of the VWK9 program allows trained security professionals to identify anyone in violation of this important policy.

“The safety of all visitors and employees of Mayfair is important to the Wauwatosa Police Department. We support this innovative detection approach and will continue supporting the shopping center’s safety needs to help enforce a safe, family-friendly shopping environment," said Chief of Police at the Wauwatosa Police Department, Chief Barry Weber.

Paul Hammond, president of VWK9 explained: “It has always been VWK9’s mission to utilize our innovative techniques and patented training protocols to provide canine detection capabilities that address the increasing threats across our nation. The addition of firearms detection capability to our Vapor Wake® canines allows us to serve the public and assist in making our nation a safer place. It is an honor to support our local community and to provide our canines in support of Mayfair’s ownership, management, tenants and patrons.”

Mayfair maintains a comprehensive security program that is both highly visible and behind the scenes. The security program is constantly evaluated and receives routine updates over time. The VWK9 program is an additional safety measure and something the entire community can appreciate.

VWK9 in exclusive partnership with Auburn University is the innovator of body-worn explosive and firearm detection and the only provider in the industry that has actively deployed Vapor Wake® Canines for Mass Pedestrian Screening for the last decade.