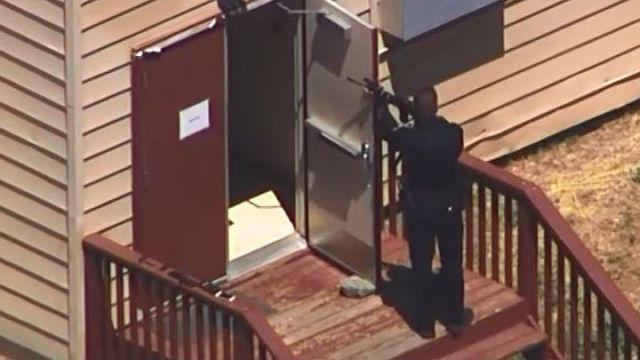 DUBLIN (CBS SF) — Police in the East Bay, California have converged on a U.S.Army facility in Dublin that has reportedly been placed on lockdown late Tuesday morning.

So far there is no confirmation from authorities on the nature of the incident, but numerous police units can be seen gathered at Camp Parks, a United States Army facility that is currently a semi-active mobilization and training center for U.S. Army Reserve personnel.

Police units from Dublin and Livermore are visible, along with numerous tactical officers walking the grounds of the training center with guns drawn.

Authorities were also using a drone to investigate the situation.

KPIX 5 is working to get more details and will report any developments as they happen.