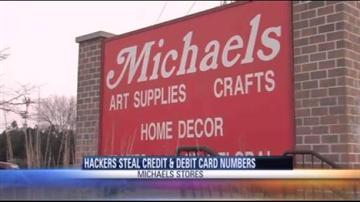 BROOKFIELD -- A major security breach is affecting another retail chain, and thousands of shoppers in the state are at risk.

The store says there's no proof that PIN numbers were compromised.

There are stores scattered throughout southeastern Wisconsin, including Milwaukee, West Allis, Brown Deer and Brookfield.

Michael's is offering free identity theft protection and credit monitoring for all of its customers.