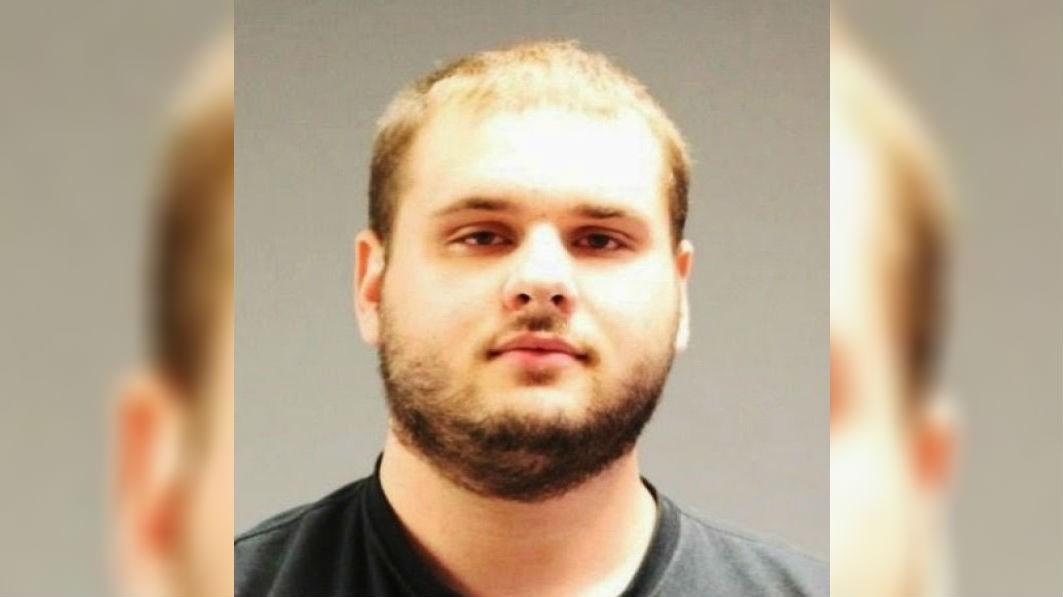 A Massachusetts child rape suspect who was wanted in connection with a cross country spree of sexual assaults, kidnappings and armed robberies has been arrested.

Lewis, 26, allegedly committed at least six sexual assaults in various states since fleeing Massachusetts in September, according to the Massachusetts State Police.

Several victims in the assaults were women he arranged to meet at local hotels through online escort services, police said. The victims were handcuffed, threatened with a gun, robbed and sexually assaulted.

Police said New York state troopers tried to pull over the vehicle Lewis was driving for a missing license plate.

He fled, crashing his car into a river, police said.

\"Preliminary reports indicate that LEWIS emerged from his sinking vehicle and brandished a gun at a witness who had heard the crash,\" the Massachusetts State Police tweeted.

Troopers and police converged and took him into custody Tuesday night.

Lewis went on his alleged crime spree along his trip west and then circled back east, police said. He was spotted in Denver, Colorado; Portland, Oregon; Boise, Idaho, and Salt Lake City; Utah during the month of October, authorities said.

On Saturday, he was spotted in Indianapolis, Indiana, where he allegedly committed a robbery at a hotel and was captured on surveillance video.

Lewis was arrested August 5 and charged with raping a 14-year-old girl in Southbridge, Massachusetts, police said. He was accused of four felony child rape charges, along with counts related to home invasion, kidnapping and firearms possession.

The suspect was released on bail after his initial court hearing and ordered by the court to wear a GPS monitoring bracelet. On September 15, he cut off the bracelet, left it in the front yard of his young victim's home and fled Massachusetts in a 2004 Jeep Cherokee, police said.

After fleeing Massachusetts, Lewis first traveled to Charlotte, North Carolina, where he allegedly kidnapped, assaulted and robbed a woman on September 23, police said.

The alleged victim, who spoke with CNN affiliate WSOC over the phone, said she met him on the Plenty of Fish dating website.

\"He put me in a choke hold and put handcuffs on me with my hands behind my back and said I'm not going to hurt you. I just want your money,\" she said.

Two days after the North Carolina assault, police said, Lewis returned to his family's home in Massachusetts, where he allegedly beat and robbed his stepfather.

\"This gentleman was literally shackled and held in the home, with a metal shackle,\" Southbridge Police Chief Daniel Charette told CNN affiliate WCVB.

Lewis left Southbridge with his stepfather's Beretta 9mm semiautomatic handgun, according to Dingui. He also took approximately 200 rounds of ammunition.

The firearm that police recovered from Lewis after his arrest Tuesday night matches the description of the one taken from his relative's house.