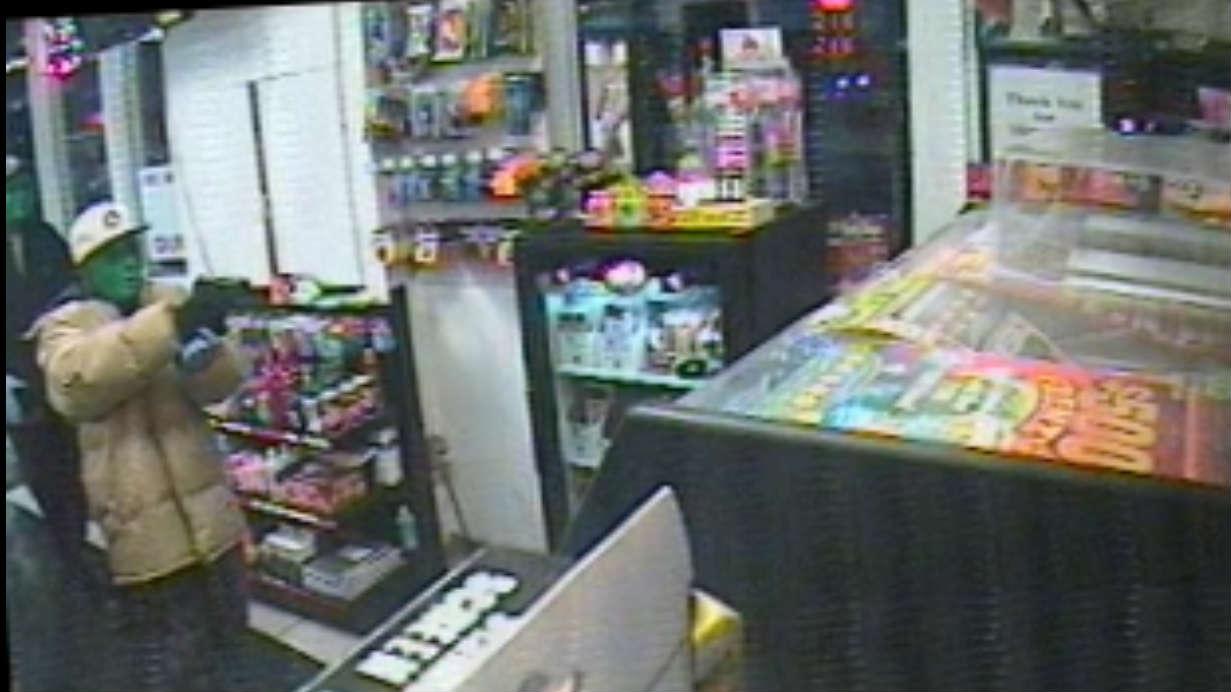 Waukesha police say it happened at the Citgo on Moreland Boulevard and White Rock Avenue around 10:45 p.m.

\"You never hear of that stuff happening around here,\" Mirna Fernandez said Wednesday morning. Her mother lives just a few houses away.

\"No one is immune to violent criminals coming to their city or acting out within their city,\" Jack said during a press conference Wednesday.

Surveillance video shows the first suspect point a gun at the counter. Moments later, the suspect shot 65-year-old clerk Saeed Sharwani in the chest. Sharwani died at the hospital.

\"He was a real nice guy, real quiet,\" neighbor Joshua Coslett said. \"I mean anyone that worked there, if something happened to them would be real surprising. They're all real peaceful.\"

\"How much can you get at a gas station really?\" Fernandez said. \"Not that much. And why would you kill someone over that money?\"

\"They are mobile and they will strike at different areas in different cities,\" Jack said of the suspects.

Police describe the man with the gun as black, medium build and wearing gloves along with his green mask. The second man was tall and thin, staying mainly in the background. Both men are considered armed and dangerous.

\"We'll look at every single lead with our detectives and with other agencies in order to apprehend and bring these people to justice,\" Jack said.

Milwaukee police confirmed they are working with Waukesha PD on the case.  If you know something about this crime or the suspects, call Waukesha Police and ask for Detective Benitez at 262-524-3926.

Suspect #1 - Black male with a medium build wearing a tan jacket with a hood, checkered pajama type pants, a blue surgical glove on his right hand with a black glove on his left hand. His face was covered with a green Halloween mask.

Suspect #2 - Male of unknown ethnicity with a thin build wearing mostly black clothing. His face was covered with a green Halloween mask.