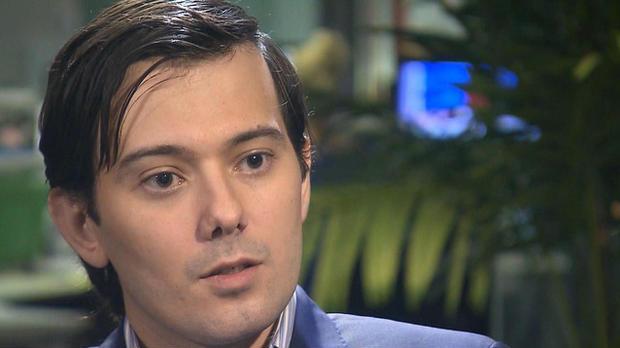 (CBS NEWS) Martin Shkreli, the hedge fund manager and latest poster boy for Wall Street greed, now says he regrets not increasing the price of a life-saving drug by more than he already did.

Asked by an audience member at a healthcare summit hosted by Forbes on Thursday what he'd do differently if he could go back in time to before his highly criticized decision to raise the price of a 62-year-old drug, he replied: "I probably would have raised prices higher, is probably what I should have done. I could have raised it higher and made more profits for our shareholders. Which is my primary duty."

The price hike, which took a a pill of Daraprim from $13.50 to $750 a piece overnight, drew a strong backlash. Daraprim was initially developed to treat toxoplasmosis, which strikes people with compromised immune systems.

The Turing Pharmaceuticals CEO went on to say, "No one wants to say it, no one's proud of it, but this is a capitalist society, capitalist system and capitalist rules, and my investors expect to me to maximize profits, not to minimize them, or go half, or go 70 percent, but to go to 100 percent of the profit curve that we're all taught in MBA class."

Last week, Turing said the list price of Daraprim would not change, but it would offer hospitals as much as 50 percent discounts.

On Tuesday, Express Scripts (ESRX) said it would partner with Imprimis Pharmaceuticals (IMMY) to within days offer a low-cost alternative to Daraprim, saying the drug had been "recently priced out of reach for people with HIV, pregnant women and others with weakened immune systems."

The goal is "to counterbalance companies like Turing and others in order to address the growing drug pricing crisis in America," Mark Baum, CEO of Imprimis, said in a statement.

A U.S. Senate committee is investigating the price increases at Turing and other drug companies, with a hearing on the issue scheduled for Dec. 9. U.S. prescription drug prices rose 13.1 percent in 2014, the largest increase since 2003, according to pharmacy benefits manager Express Scripts.