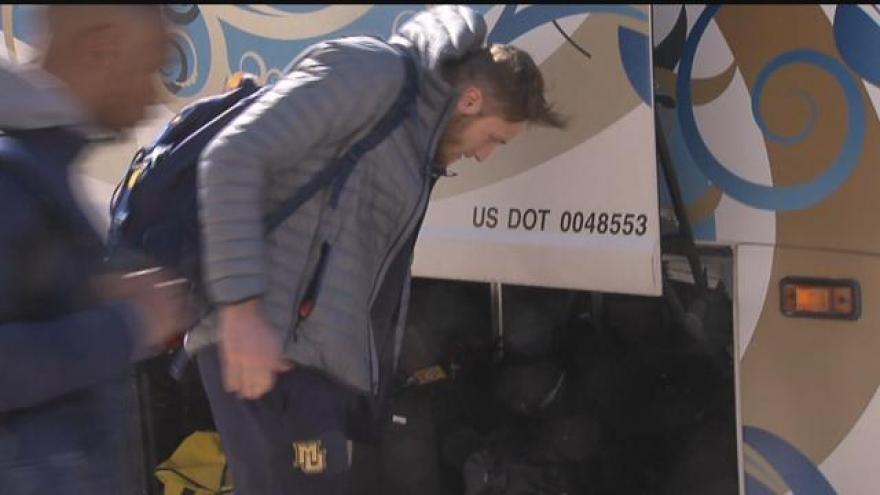 Marquette University is back in the NCAA tournament for the first time in four years.

The team headed for Greenville where they will face South Carolina.

The Golden Eagles haven't made it here since 2013.

The head coach wants to make sure the players have the right mentality.

"One of the things we talk to our guys about is we can't approach the NCAA tournament like 99.9% of the people do, where they're looking at the bracket and they're trying to figure out matchups. We're looking at a one game season, and a one game championship with South Carolina. One of the things is having the opportunity to do something great. And winning a first round game would be a great thing,” Coach Wojciechowski said.

Golden Eagles are expecting to face a hostile crowd.