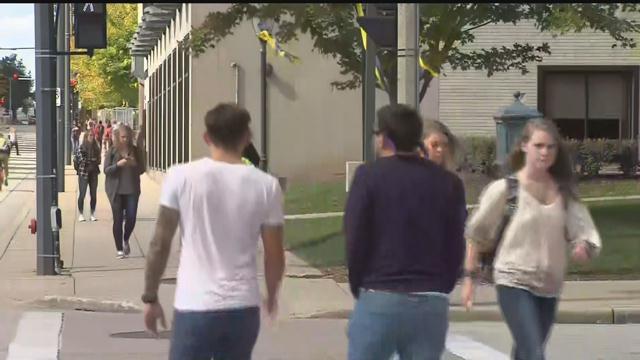 The Marquette Police Department is investigating three robberies near campus.

Only one person involved was a student.

It started Sunday afternoon when a man on a bike stole a wallet from a man near 13th and Wisconsin.

A female Marquette student was robbed of her cell phone at 14th and Wisconsin.

Then early Monday morning a man with a gun demanded property from a woman near 17th and Highland, but nothing was taken.

The Marquette Police Department put out crime numbers last week that show since they've been there crimes, including robberies, have gone down. The chief also stressed despite what's happened, the campus is still a safe area.