Marquette honors the one year anniversary of James Foley's death 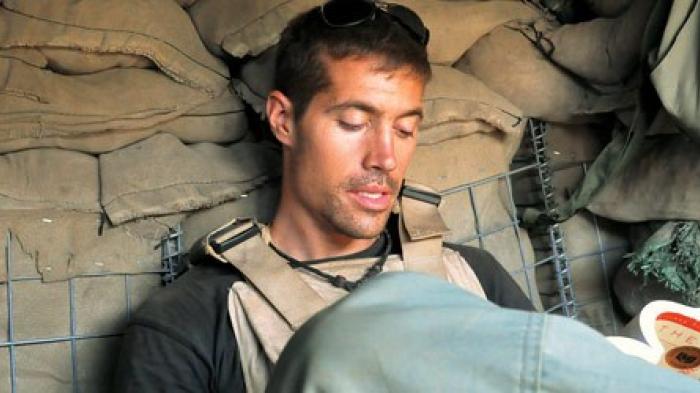 The one-year anniversary of the assassination of American journalist James Foley was commemorated at the Joan of Arc Chapel on the Marquette University campus.

Foley was killed by ISIS after being captured in 2012 in Syria.

\"You knew that there was a possibility that he could be in harm’s way, but nothing so public, graphic and disturbing,\" said Thomas Durkin, Foley’s best friend.

Durkin attended the mass in Foley’s memory. \"Jim is just a real loyal guy, real good friend, someone you can always count on,\" he said.

Durkin wants people to remember Foley's legacy, what he lived for and most importantly what he died for.

\"I just want them to remember his sacrifice, that he gave everything to help others, to tell other people's stories and to tell stories that need to be told,\" Durkin said.

Foley’s 2012 abduction was the second time he had been captured. Foley and his colleague Clare had been held in a military detention center in Tripoli, Lybia. After Foley's release, he wrote a letter to Marquette University thanking the institution for its support during his captivity.

“Later I volunteered in a Milwaukee junior high school up the street from the university and was inspired to become an inner-city teacher,” Foley wrote in the letter. “But Marquette was perhaps never a bigger friend to me than when I was imprisoned as a journalist.”

Zack Wallace is the Marquette University Student Government President. He didn’t know Foley personally, however, he said Foley's impact is felt by even those students who didn’t meet him.

Marquette University also announced the first ever James Foley scholarship recipient. Jacob Zelinski graduated from the University of Detroit Jesuit High School and Academy located in Detroit. He’s receiving an $8,000 scholarship that will be given bi-annually and is renewable each year.

In a news release, Zelinski said, “James Foley is the type of man I strive to be every day, and I could not be more honored and humbled to be the first Foley scholar.

“We say at Marquette, be the difference and somebody like James is really an example of that and the fact that his family and friends have come together with the scholarship fund,” Zagone said. “It's just really important to keep that memory alive.\"