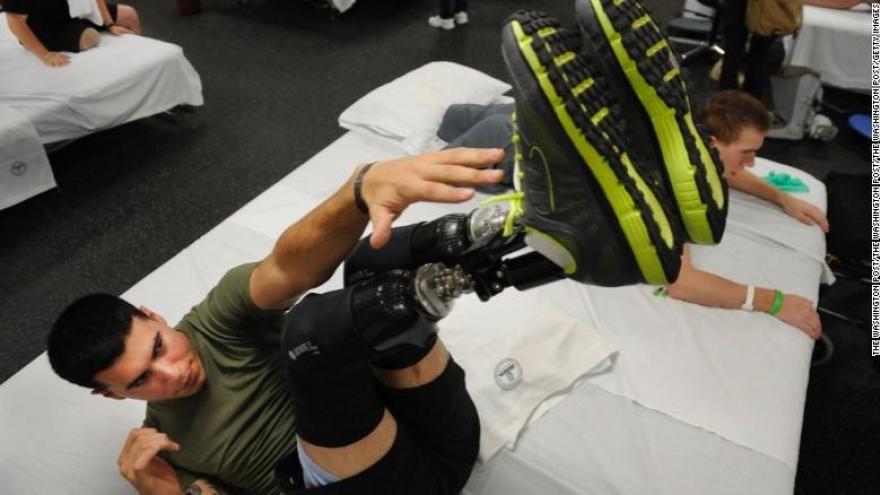 New York (CNN) A former US Marine left a double amputee after stepping on an explosive device in Afghanistan has become a police officer in New York.

Ferreira lost both of his legs below the knees after stepping on an improvised explosive device (IED) while serving in Afghanistan in 2011.

"On behalf of the entire Suffolk County Police Department, we are honored to have these young men and women joining our ranks tomorrow and dedicating their careers to serving the residents of Suffolk County," Police Commissioner Timothy D. Sini said in a statement.