Marijuana for menstrual cramps? New York is considering it 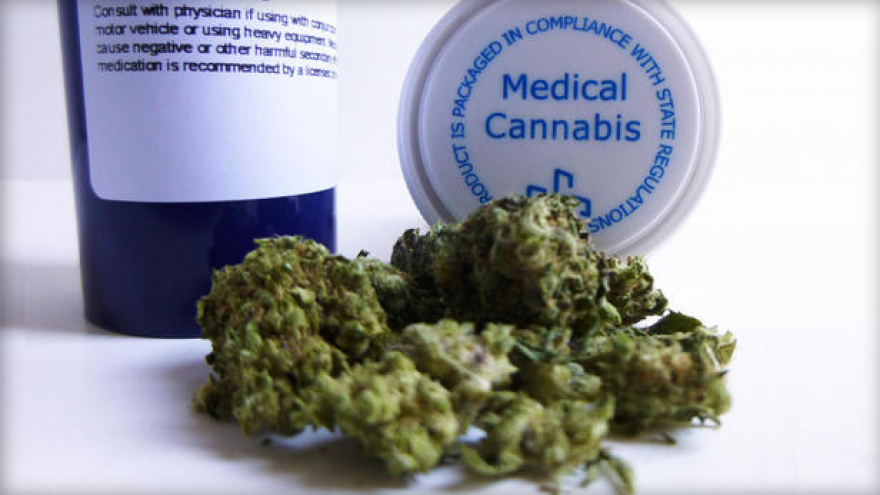 Women with menstrual cramps in New York state could have a new option for easing their monthly pains: medical marijuana.

The New York State Assembly is considering a bill to add dysmenorrhea — the medical name for menstrual cramps — to the list of conditions for which doctors can legally authorize a patient to use medical marijuana. Under the state's law, only patients with the specific medical conditions named in the law can access medical marijuana in New York, according to Newsweek. Cancer, HIV and multiple sclerosis are among the conditions already on the list.

Severe cases of dysmenorrhea can be "debilitating," New York State Assemblywoman Linda Rosenthal wrote in the bill. "Medical marijuana can alleviate many of the painful effects of dysmenorrhea." [Healing Herb? Marijuana Could Treat These 5 Conditions]

The bill, which still has several legislative hurdles to overcome, is supported by actress Whoopi Goldberg, who sells a line of medical marijuana products that are marketed specifically for period pain, Newsweek reported.

But does marijuana really help with menstrual pain?

There haven't been any rigorous studies that have shown that there's a benefit to using marijuana for menstrual cramps, said Dr. Charles Pollack, an emergency-medicine physician at Thomas Jefferson University Hospital in Philadelphia and the director of the university's Lambert Center for the Study of Medicinal Cannabis and Hemp.

And though there are good data showing that marijuana can help people with neuropathic pain, the pain from menstrual cramps doesn't fall into this category, Pollack said. Neuropathic pain is pain related to the nerves, such as a pinched or inflamed nerve.

That said, "it's not out of the realm of the possible" that the drug could be helpful for women with menstrual cramps, Pollack told Live Science.

This is because of the female reproductive tract, and, in particular, the uterus and the lining of the uterus, has an "abundance" of endocannabinoid receptors, Pollack said. The chemicals in marijuana that are responsible for its effects in the body are called cannabinoids and can bind to these receptors.

The discovery of these receptors, for example, has led to some researchers thinking that marijuana may help women with endometriosis, Pollack said. Endometriosis is an often painful disorder in which the tissue that normally lines a woman's uterus, called the endometrium, grows outside the uterus, the Mayo Clinic says. One area of research is considering whether marijuana may help both with easing the pain of endometriosis and slowing the growth of endometrial tissue, Pollack said.

It's also possible that women with painful menstrual cramps benefit from the anxiolytic, or anti-anxiety, effects of marijuana, Pollack added.

But because of the lack of data, it's difficult to draw conclusions about the drug's effects. "There's just a paucity of data in this regard," Pollack said. And the drug may have downsides: Although it's "exceedingly unlikely" that someone will die from an overdose of marijuana, there are still questions about the possible effects of regular, long-term use, he said.

Dr. Ranit Mishori, a professor of family medicine at Georgetown University School of Medicine, told Live Science in 2016 that, "with the exception of a study in 1800s, I see no evidence in the medical literature that supports" the use of marijuana for menstrual cramps.

Although there are barriers to studying marijuana in the U.S., "the alternative isn't to recommend a treatment in the absence of evidence," Mishori said.