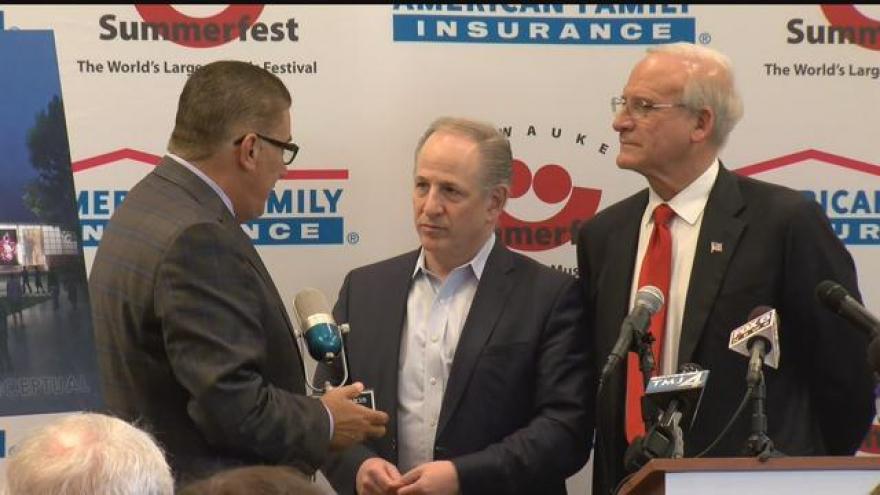 A passing of the baton from one great brand to another Thursday as American Family Insurance Announcement a new presenting partnership with Summerfest.

Part of the ten year commitment includes the construction of a new "American Family Insurance Amphitheater" where the Marcus currently stands.

Greg Marcus, speaking on behalf of his family at the announcement, says they totally get that this is about preparing the festival for the next generation.

But he also said it was important to remember the festival's history.

"You know when it first started it nearly went broke," Marcus recalled. "They had to get a group of guys together and my grandfather lead the group to put a loan together  to keep Summerfest afloat. My dad brought in local food vendors. That completely changed the dynamic of the festival. And he also understood the importance of permanent grounds. He understood the importance of that."

Smiley went on to call the Marcus family trail blazers and then presented an award of appreciation.

It was a day to celebrate the big gig's future while keeping hold of its Milwaukee roots and the people who first helped it grow.

Share with us your favorite Summerfest memory, here in the comments section or on our CBS 58 facebook page.

For details on the new plans for the festival grounds click here.