March came in and went out like a lamb 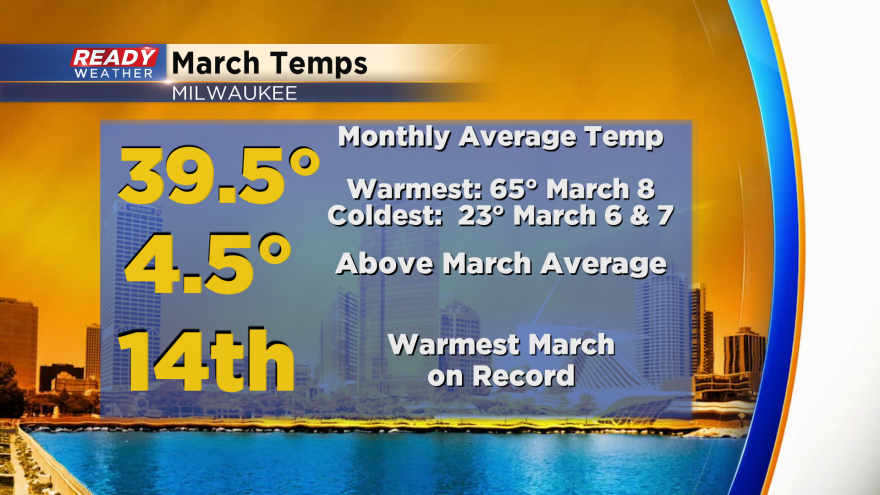 We finally made it through the month of March, and the month ended just like it started: on a quiet note. Temperatures were almost 20 degrees warmer on the first day of the month than the last day, but it was still a mild month. 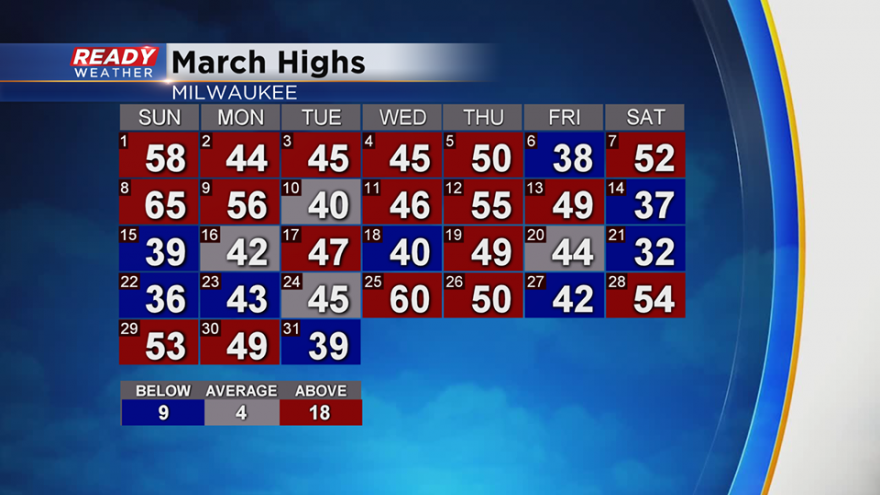 March 2020 ended up as the 14th warmest March on record with temperatures 4.5° above normal. Our warmest day of the month was on the 8th when temps warmed into the mid 60s. 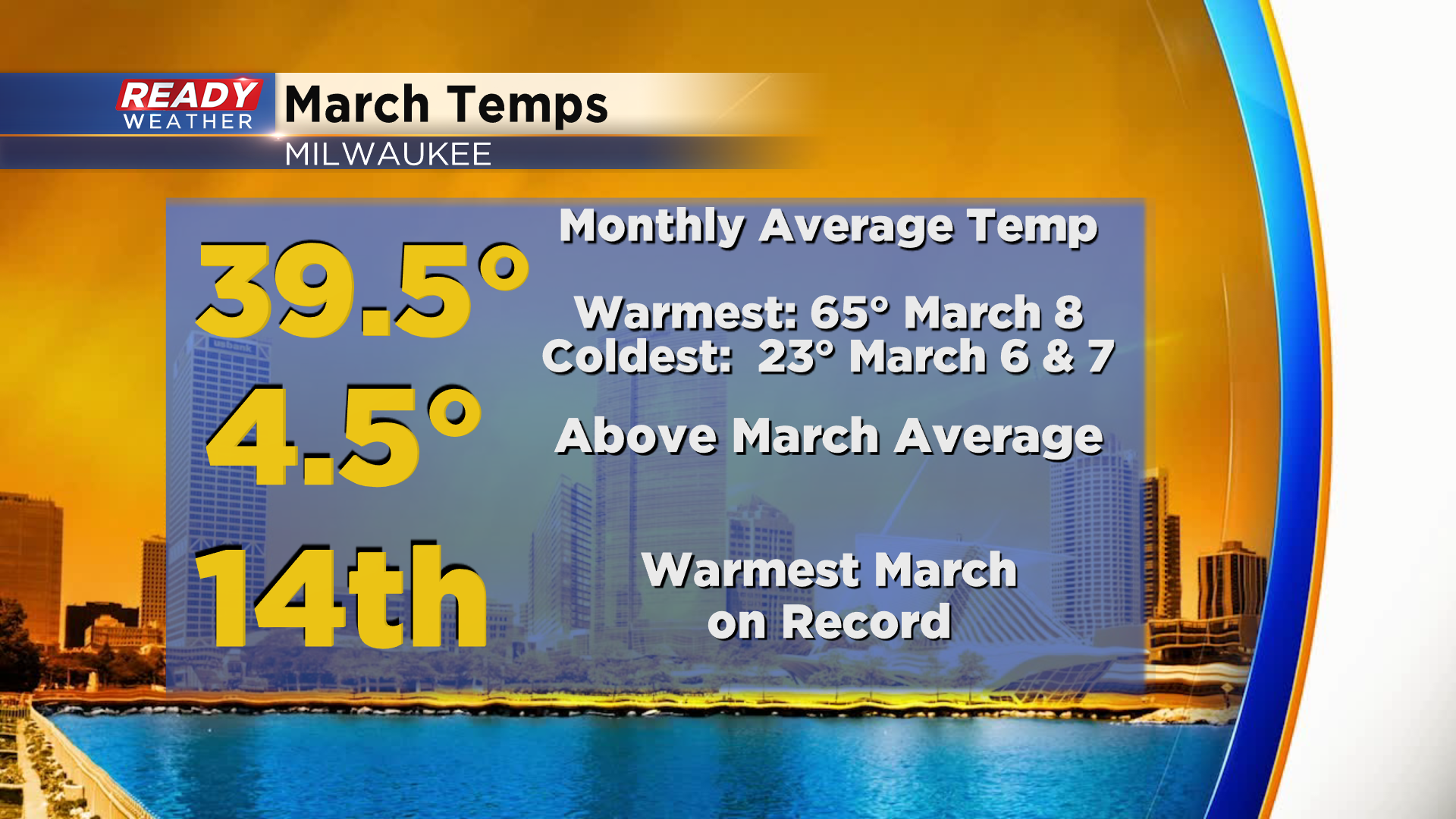 There were plenty of weak storm systems that moved through throughout the month, and a couple stronger ones that produced some fairly heavy downpours. Overall Milwaukee ended up with 3.67" of rain and melted snow in March, which was 1.40" above normal. 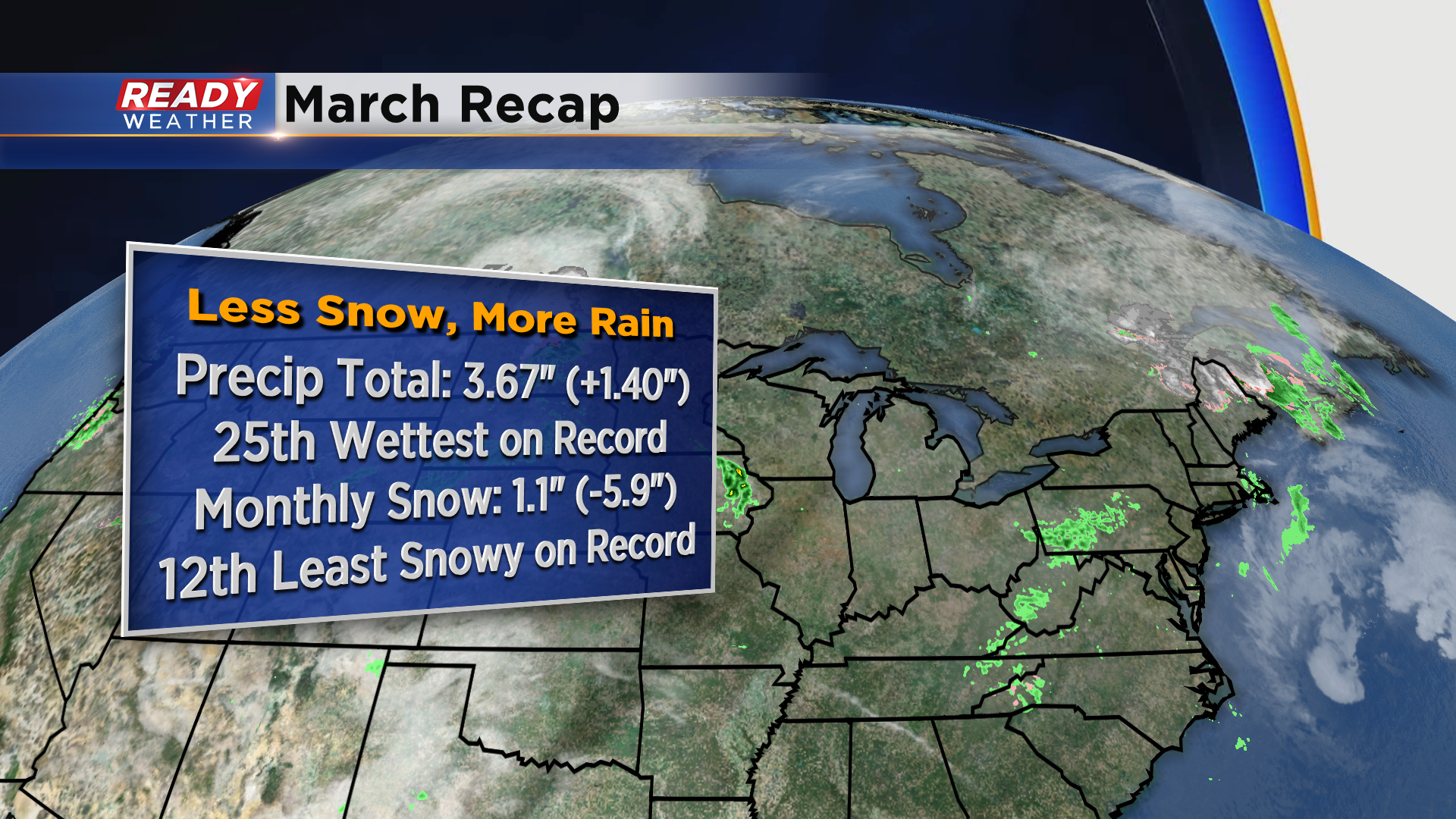 However, we didn't really have much in the way of measurable snowfall. Milwaukee normally picks up 7" of snow during the month of March, but this year we only had 1.1". It was our 12th least snowy March on record.

We're now on "last snowfall" watch for the spring! We know our last snowfall has been pretty late in April the last two years, but we don't have any snow in the forecast as of today. On average, Milwaukee's last snowfall for the season occurs on April 9th. 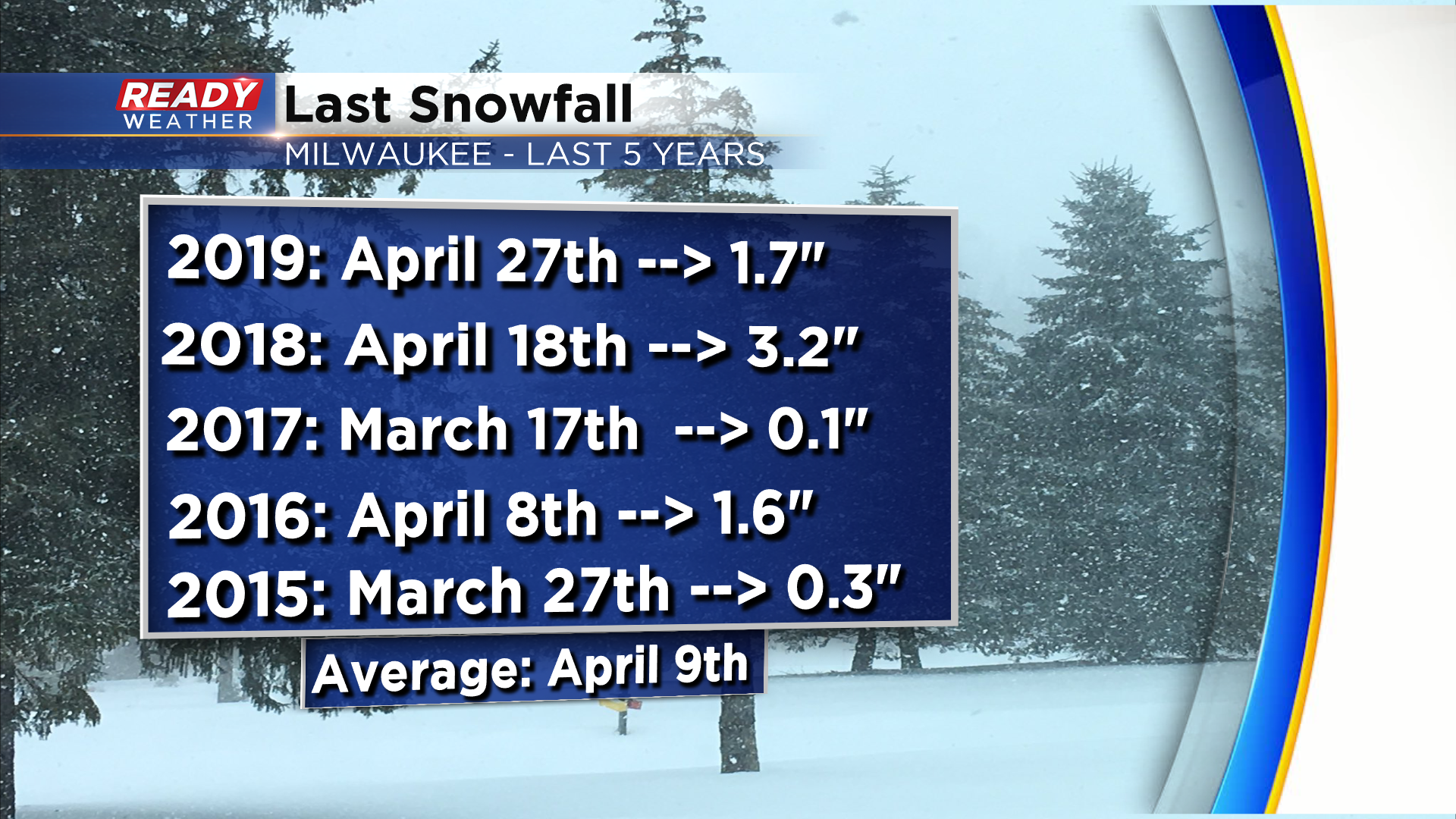 Some more good news going forward is we are starting to trend a bit warmer! The latest 6 to 10 day temperature outlook has a 70% chance of above normal temps from April 6th-10th. Our normal high temperature that time of year is 50°. 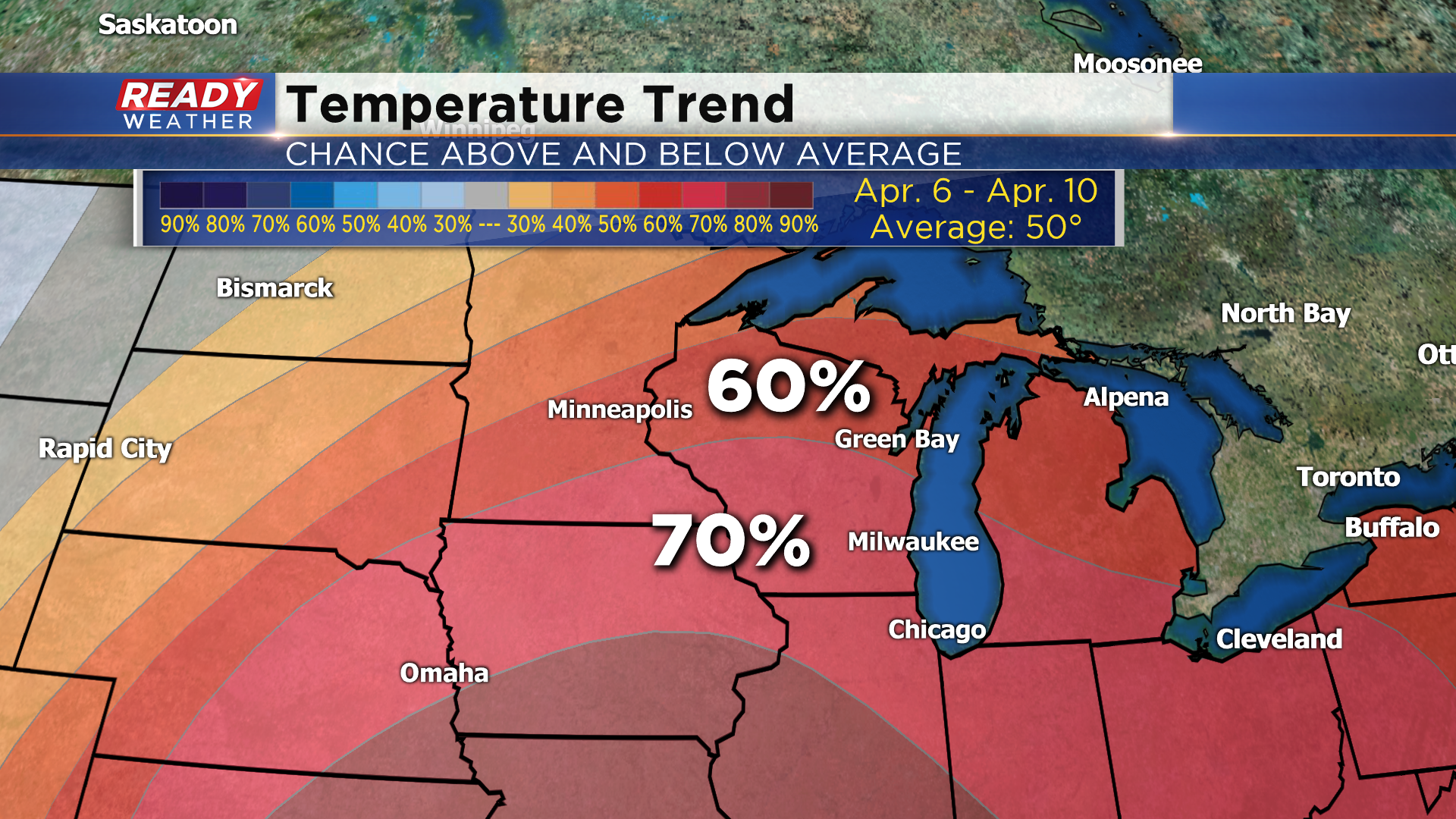