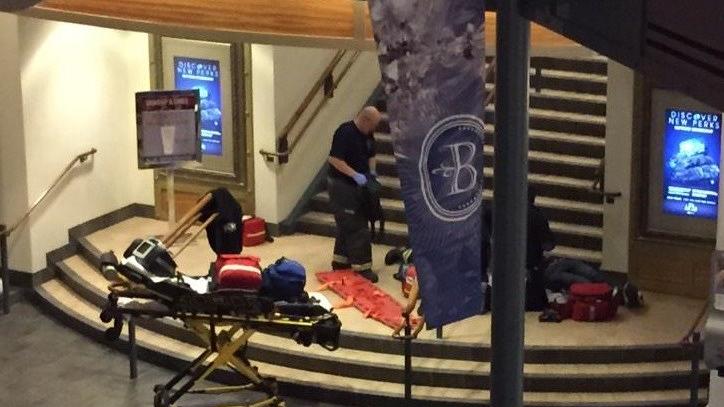 A young man continues to fight for his life after falling from a railing in Bayshore Town Center earlier this week. The man's mother is speaking out for the first time calling it an awful mistake.

\"We are not delusional. His life and our lives are changed forever. There's no question. He has a long road ahead of him,\"said Julia Strzelecki, mother of 21-year-old Dustin Strzelecki.

Dustin is now in a coma, on life-support and in critical condition after falling over the railing at Bayshore Town Center.

\"He made a foolish mistake, a fun-loving-split-second goofy mistake and it was just an unfortunate accident,\" said Strzelecki.

She said he had been drinking with coworkers and friends.

\"Dustin is not a daredevil. He is very level-headed. He was goofing off and he was going to slide down the railing out of fun,\" said Strzelecki.

He fell about twenty feet.

\"About 10 feet, we consider that one story, we consider that as a motor vehicle crash at 35 miles an hour,\" said Doctor John Weigelt.\"His brain injury is the limiting factor and the thing that we are all most worried about.\"

There's also several other injuries he must recover from.

\"He has a broken pelvis. He has a shattered sp line,\" said Dr. Weigelt.

His recovery will be a long one, but one he won't face alone.

\"We're not giving up on each other,\"said Strzelecki.

Dustin is a third year student at UM. He is majoring in engineering. He is also the youngest of four.