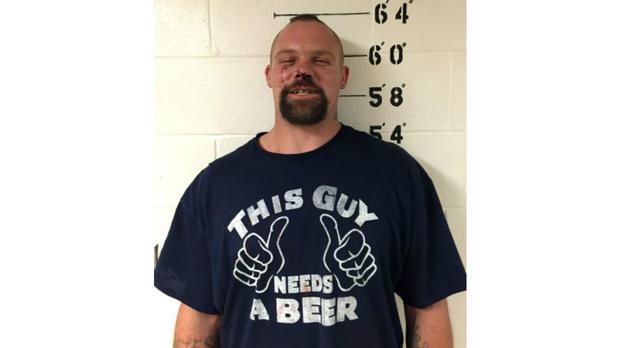 (CBSNews) KENSINGTON, N.H. -- A man wearing a t-shirt reading "This guy needs a beer" has been charged with drunk driving after a crash Friday night in Kensington, New Hampshire, reports CBS Boston.

Joshua Tackett, 29, of Seabrook, N.H. was driving when his Chevy Cruze crossed into the opposite lane, went off the road and slammed through a stone wall, a granite post and into a telephone pole shortly before 9 p.m., police said in a statement Monday.

According to the station, Tackett suffered minor injuries, and no one else was hurt. Investigators believe alcohol and speed played a role in the crash.

Tackett was released on $750 bail. He's expected to be arraigned Wednesday in Brentwood, reports the station.