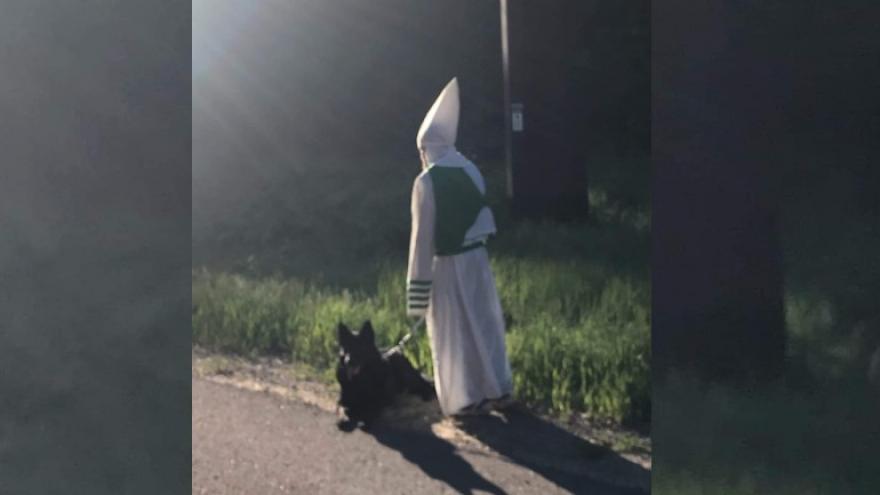 VILAS COUNTY, Wis. (CBS 58) -- A man wearing a Ku Klux Klan robe and hood was seen walking along a highway in Conover, Wisconsin.

The man was spotted with his dog on County Highway K at Monheim Road on Friday, June 12. Authorities noted he was drinking a beer and waving at traffic. The Vilas County Sheriff's Office said multiple callers reported seeing the man.

Authorities made contact with the man, but determined he was not creating any traffic hazard, or violating any laws.

The sheriff's office said they strongly discourage this type of behavior in Vilas County, and will be vigilant in monitoring the man's actions.

Read the full statement from the Vilas County Sheriff's Office below:

We thank those that have come forward and informed us of the situation, so that we may deal with it in a manner that continues to develop strong community partnerships. The KKK is classified as a hate group by the Anti-Defamation League and the Southern Poverty Law Center.

We strongly discourage this type of actions in Vilas County. We will be vigilant and continue to monitor this man’s actions. Our patrol staff knows of this man and we frequently patrol this area of Vilas County.

This incident certainly is not supported by the people of Conover or the rest of Vilas County."