Man wanted for questioning in connection with burglary to Germantown McDonald's 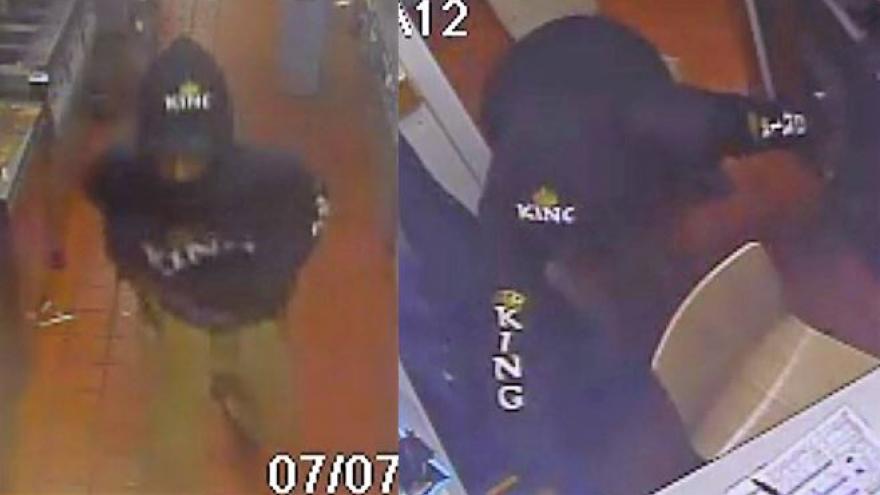 GERMANTOWN, Wis. (CBS 58) -- Germantown Police are looking for the person responsible for burglarizing a McDonald's in early July.

According to investigators, the burglary happened at the McDonald's on Mequon Road on July 7. Police have released surveillance images of a man wanted for questioning. They say the man was wearing a distinct outfit with a hat and shirt that had the word "King" printed on the front.