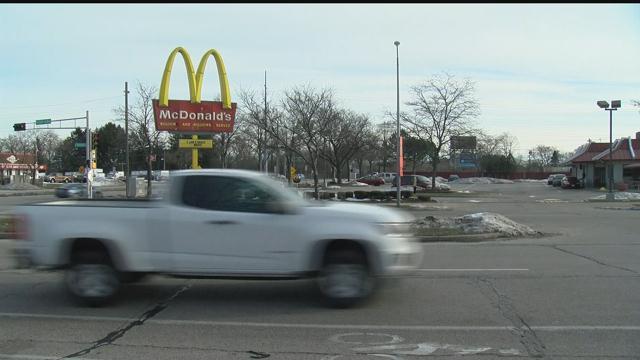 A man who was the intended target of a shooting that killed a 13-month-old child last year now faces some legal troubles of his own.

Next week Kwesen Sanders will be back in Milwaukee County Courtroom, facing seven felony charges.

He is accused of shooting at a woman from the passenger seat of his car, after first threatening her with a knife.

According to a criminal complaint, Sanders approached a woman at a McDonalds on North Teutonia Avenue and West Good Hope Road back in October.

Police said after pulling a knife on her, the woman drove away and Sanders followed her, eventually shooting at her five times from a car after reaching North 51st Street near Dean Road in Brown Deer.

His charges include recklessly endangering safety and possession of a firearm by a felon.

In 2015 sanders appeared in court to testify against Darmequaye Cohill, the man accused of killing 13month old Bill Thao back in 2014.

During that trial Sanders was not cooperative on the stand.

He is set to appear in court next week.

He could face more than 30 years in prison.