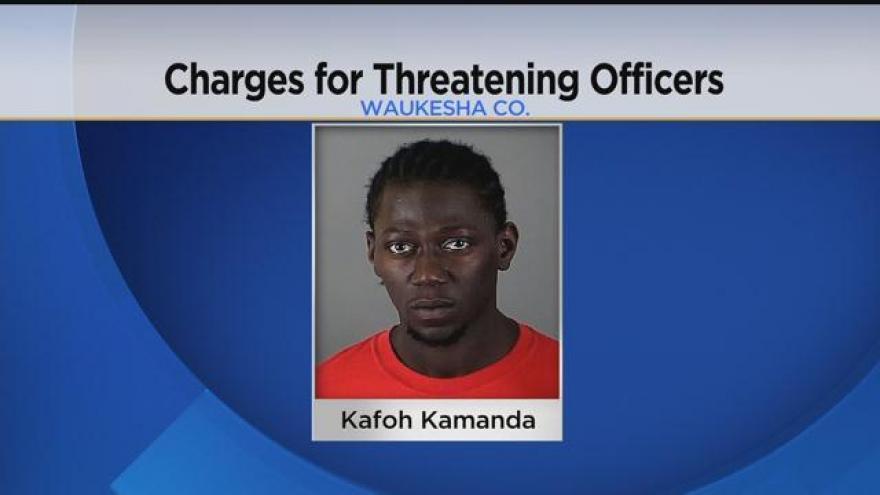 Kafoh Kamanda was arrested Sunday and taken to the Waukesha Police Department.

Officers said when they tried to search him he became combative and threatened to kill them.

He is facing several drug charges and threat to law enforcement charge.

He will be in court next week for a preliminary hearing.