Man takes bite out of officer while in court, police say 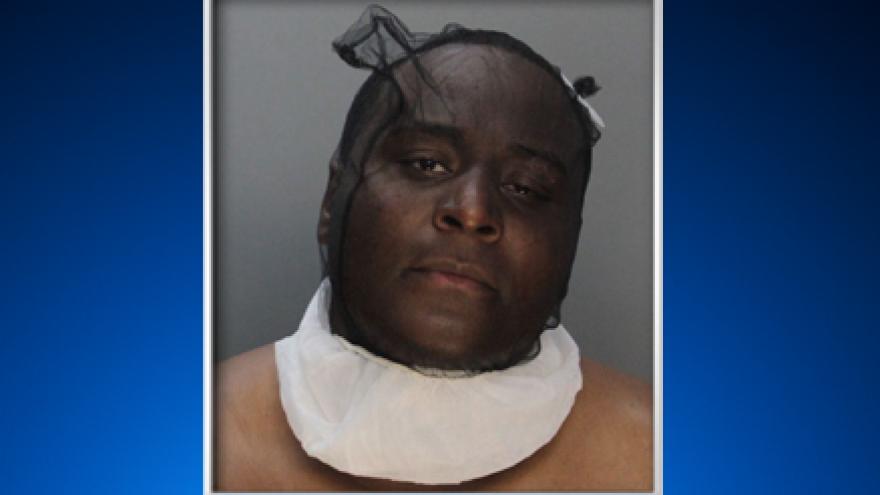 MIAMI (CBSMiami) – At least seven officers escorted a man in handcuffs after he reportedly bit an officer while in court.

Miami-Dade Police said the man, identified as Godel Leveille, was in court at the Metro Justice building for a hearing when the judge ordered him to be taken into custody based on a warrant Monday afternoon.

“He was screaming. When I was out here, I heard him in there just scream, crazy,” said Jonathan Perdomo who said he was by the courtroom when it happened. “He took a chunk of meat out of his right or left hand. He was bleeding and then they called in, they grabbed the dude and they tied him down and they put a bag over his face and escorted him out of the courtroom.”

Perdomo said it took a half-dozen officers to subdue Leveille.

Leveille will now face additional charges on top of the charges he was facing previously.

Leveille has had numerous brushes with the law – mostly disorderly conduct, battery and trespassing.

As for the officer,  he was taken to Jackson Memorial Hospital for an evaluation.

“He was mad,” said Perdomo about the officer. “I’ll tell you that man, he was in pain and mad.”