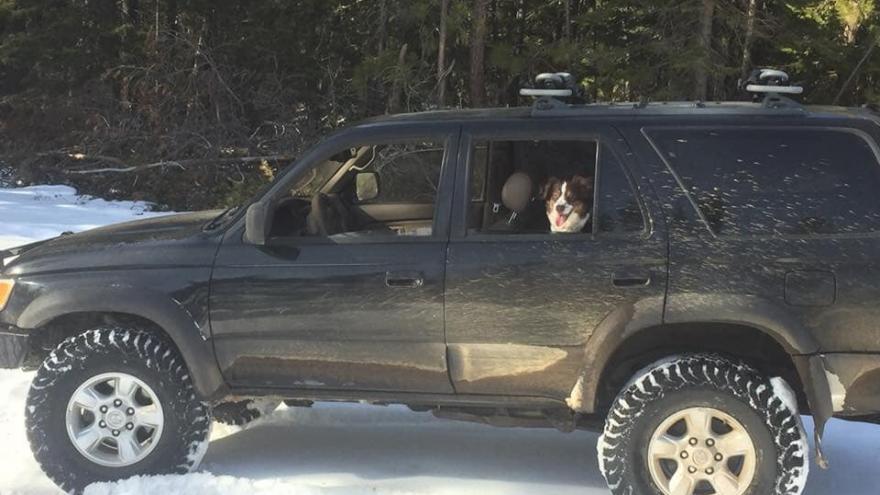 An Oregon man and his dog became trapped on a forest service road when his vehicle got stuck in the snow. Miraculously, he survived for five days — on a diet of taco sauce packets — before rescuers found him, reports the local sheriff's office.

Jeremy Taylor and his dog Ally were driving near Wake Butte, Oregon, last Sunday when his car became stuck in snow, wrote the Deschutes County Sheriff's Office Oregon on Facebook. "Jeremy had attempted to walk out on Monday, but the deep snow made it very difficult and he and Ally returned to his vehicle," said the sheriff's office. "Jeremy stayed warm over the next four days by periodically starting his vehicle and used a few taco sauce packets he had as food."

While Taylor did not confirm to the sheriff's office the exact brand of taco sauce he ate, according to what public information officer Sgt. William Bailey told CBS News, Taylor did respond to a Facebook comment on a status he posted Saturday, claiming, "Taco Bell fire sauce saves lives."

On Friday afternoon, a snowmobiler contacted authorities to report Taylor had been located and an Oregon Water Resource SnowCat responded to the location, said the sheriff's office. "He was found in good condition and only reported to us he was 'hungry,'" Bailey told CBS News. Taylor and his dog were reunited with family and friends shortly after.

"We assist people fairly frequently that are stuck or need assistance in the snow," Bailey told CBS News. However, he explained this case was "different," as Taylor did not have a cellphone or any way of getting assistance. "We only had a general area described where he likes to go and did not have a good starting point for the search," said Bailey. "We only knew he may need assistance from family and friends reporting that he was missing."

Taylor has not responded to CBS News' request for comment, but did thank all who helped rescue him in a Facebook status Saturday. "Thank you everyone, I'm safe my Ally dog is safe," wrote Taylor. "I really appreciate all the help. Got lucky, lets never do that again. I'll be in touch with everyone soon."