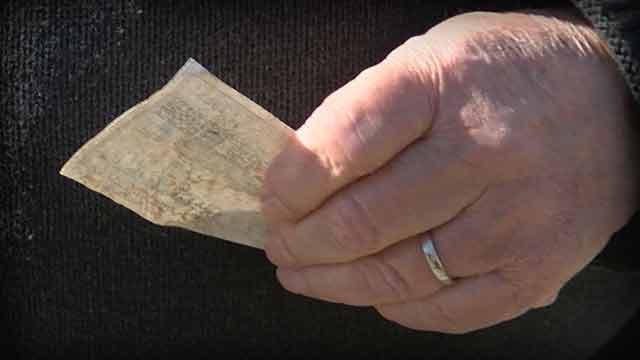 A New Jersey man is suing his terminally ill ex-wife for alleged harassment and emotional distress because she has written “bum” and “loser” on the memo line of her weekly spousal support checks for him.

His ex-wife, Diane Wagner, said she endured drunken bouts from her former ex-husband during their 10-year marriage.

Allegedly, her ex-husband collects social-security / disability and she couldn’t afford a divorce trial so she agreed to pay her non-working husband $744 a month in spousal support.

"As far as I'm concerned I can write anything I want on the memo line because it's a note to myself. I was the victim in that marriage. What more blood does he want from me? I pay him religiously," Wagner said in a telephone interview with the Daily Record.

She told the Daily Record she is undergoing treatment for cancer that began in her lungs and progressed to her bones.

She said she can barely afford the spousal support.

Diane Wagner said she was faithfully mailing the checks and then felt humiliated when a friend this past spring alerted her to postings on a Facebook page maintained by the Trautmann & Trautmann law firm.

The posting, dated March 11 and still on the Facebook page as of Thursday, included a copy of one of Diane Wagner's checks to Francis Wagner. On the address portion of the check, the name Diane and town Hopatcong is visible but Diane's last name and street address are blacked out. The check for $186.04 is made payable to Francis, with the last name blacked out. The memo line reads: Alimony/adult child support.

The redacted check appears on the Facebook page with the law firm comment: "Alimony for the man! What's funny is that the now ex-wife so hated paying our client -- the husband -- $800 per month for the next six years as alimony and she had written Alimony/Adult Child Support in the memo of the weekly checks -- until we put a stop to that harassment." The law firm Facebook post garnered 36 likes and a comment "Hilarious!"