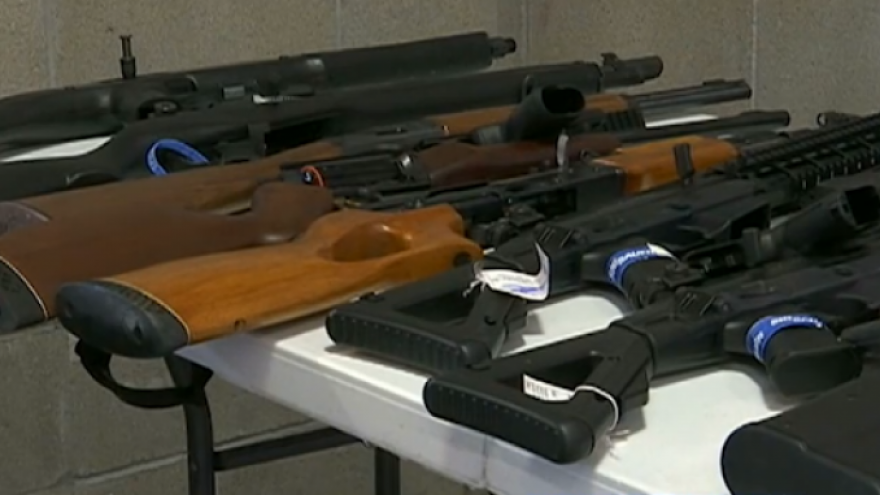 SPOKANE, Wash. - (CNN VIA KXLY) A man arrested for keeping an illegal cache of weapons and ammunition told family members he was preparing for the \"zombie apocalypse.\"

An anonymous tip led Spokane Police to Robert Crampton's home in North Cora. Inside, they found 36 guns and 35,000 rounds of ammunition. For most citizens, that's not illegal. Crampton, however, is a convicted felon and is not allowed to own any firearms or even a single round of ammunition.

Crampton's felony conviction stems from an incident in North Las Vegas in 2013. He fired a gun at police and was hit by return gunfire. He was sent to prison and moved to Spokane upon his release.

According to a source, Crampton \"has been discussing 'prepping' type activities\" since moving to Spokane. According to court documents, that witness said Crampton \"he talked about the zombie apocalypse and also being prepared for doomsday type scenarios.\" The witness described Crampton as being \"hyper-vigilant\" in his preparations.

Crampton is now in the Spokane County Jail facing multiple weapons charges; he could face federal charges as well. His bond was set Friday at $100,000.

COPYRIGHT 2017 KXLY.COM. ALL RIGHTS RESERVED. THIS MATERIAL MAY NOT BE PUBLISHED, BROADCAST, REWRITTEN OR REDISTRIBUTED WITHOUT PRIOR PERMISSION.