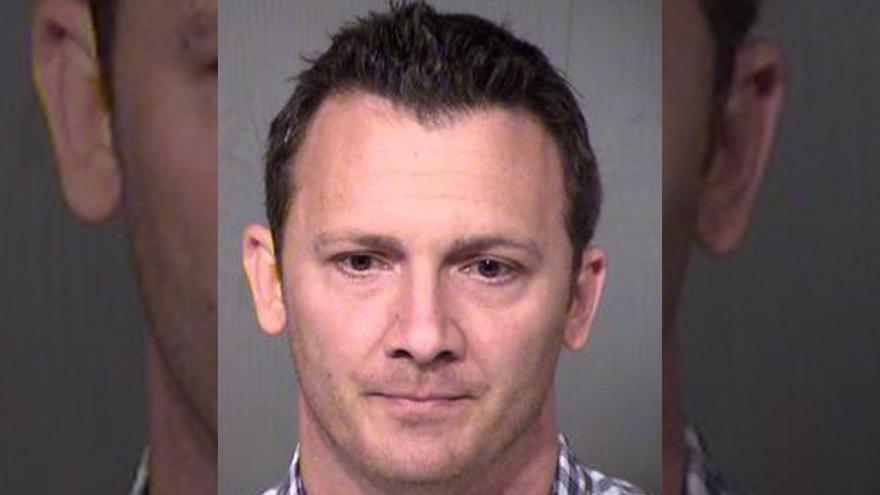 (CBS 8)An Arizona man was arrested for allegedly stealing a woman’s purse during their first date and making off with her personal belongings before heading to a casino, officials said.

Using the name “Brad,” David Harlow, 38, met the woman on dating app Tinder, where the pair chatted for weeks before agreeing to meet at the Phoenician Resort in Phoenix on March 30, according to reports.

During the date, the woman got up to use the restroom and asked Harlow to watch her bag, The Associated Press reported.

When she returned, both Harlow and her purse were gone, authorities said.

\"I feel like I took the appropriate cautions with this — meeting him in public at a busy venue during the day, the unidentified woman told ABC15.

She told the television station that she left her things with Harlow after spending several hours together.

\"He put me at ease,\" she said. \"He seemed genuine and I trusted him, at least enough to leave my stuff with him while I went to the restroom.\"

The woman tried contacting Harlow, but the number he had given her had been disconnected and his Tinder profile had been deleted, she said.

Police told the AP that Harlow took the victim’s credit card to a casino and tried to withdraw money from several banks.

Harlow was arrested Tuesday and booked into the Maricopa County Jail on suspicion of felony theft, theft of a credit card and taking the identity of another person, online records show.