Man Shot and Killed in Shootout Near 29th and Wisconsin 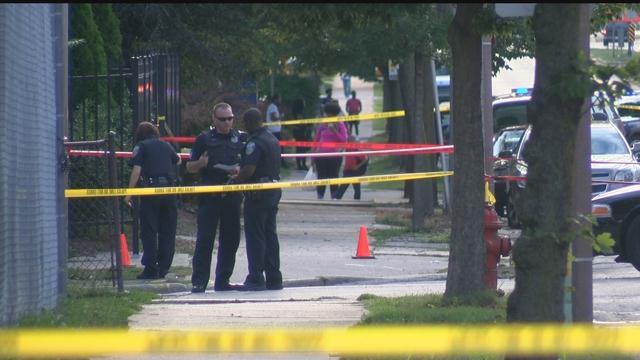 One man has died after a shooting near 29th Street and Wisconsin Avenue.

According to Milwaukee Police, around 5:30 Thursday evening two men, both in their twenties, got out of a car and exchanged gunfire with a group near West Michigan.

Police say the 20-year-old passenger of the car was hit by a bullet and suffered a critical injury.

He was taken to a local hospital, where he later died.

One witness, Nartavious Parker, describes what he saw. “They still like punching and running and the one dude was like shoot em, kill em, wooo wooo. Somebody mentioned about the police coming, they dispersed. But they went up the street up there, the same ones in the car that had the pistols got shot up.”

Officers on patrol nearby say they heard the shots and rushed to the scene.

They arrested the 23-year old driver of the car.

The second group of shooters fled the scene.