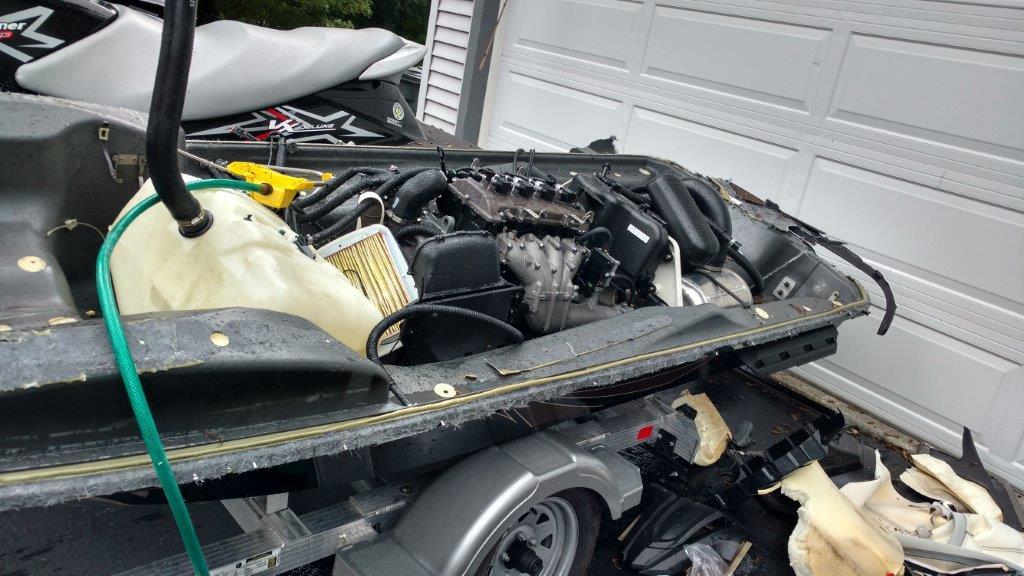 CBS 58-- A warning for jet ski owners tonight, after a Kenosha county man suffered severe injuries when his jet ski exploded outside his home.

Kenosha County Sheriff David Beth says the 52-year-old man got his jet ski out of the garage, and started it up, and it exploded. He adds that this is the second time this has happened.

“I know earlier in this year, we had another jet ski that had exploded in a similar fashion and this is unusual, I've never heard of this happening before, now we've got two in one summer,” Sheriff Beth said.

When the jet ski exploded Monday morning, at a home in the Town of Salem, the seat was blown off.

Sheriff David Beth says it's likely both jet ski explosions this summer happened because the engine compartment on jet skis is sealed and not ventilated.

“I believe fumes and fuel somehow built up in the engine compartment and when he started it up, somehow those fumes ignited and caused an explosion,” Sheriff Beth said.

The Sheriff, who owns a couple jet skis himself, says this horrible accident should be a lesson for everyone.

“What we're gonna start doing and what I'm going to hope everyone else starts doing the same thing, before you start a jet ski, any of these personal water crafts, you take the seat off, air out engine compartment and then start it up,” Sheriff Beth said.