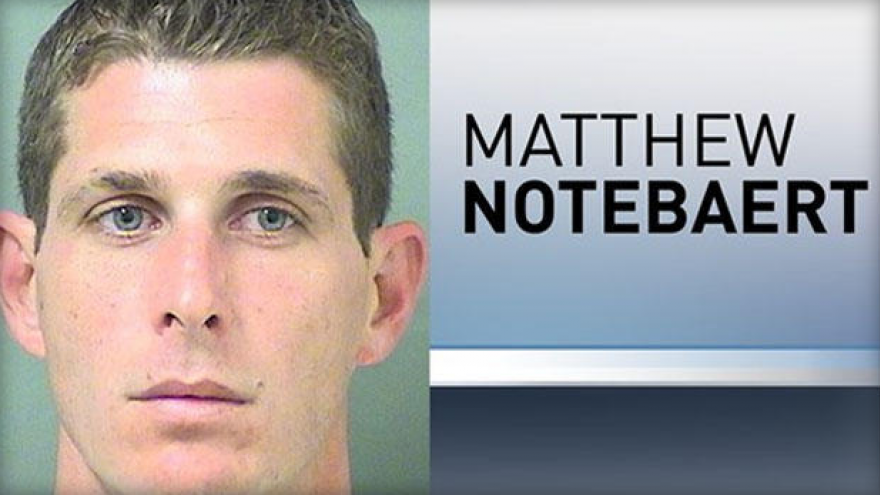 WEST PALM BEACH, Fla. -- A South Florida man has been sentenced to five years in prison for a drunken driving crash that killed his wife as they had sex.

The Palm Beach Post reports that 33-year-old Matthew Notebaert was sentenced Wednesday. He pleaded guilty in February to vehicular homicide and driving under the influence after prosecutors agreed to drop a manslaughter charge.

Authorities say Notebaert and his wife, Amanda, were heading home from a concert in March 2014 when they decided to pull over and become inmate. They eventually resumed traveling, with Notebaert’s wife sitting on his lap. Investigators say Notebaert was speeding when he crashed into a canal. His wife died at the scene.

The couple had two children.