RACINE, Wis. (CBS 58) -- A Racine teen will spend nearly four decades behind bars. He was convicted of a hit and run outside a Festival Foods in Mount Pleasant that left a couple disabled back in January. They each lost a limb.

It was an emotional day in court for everyone.

"The fact that no one has died as a result of his actions to this point is frankly a miracle," said Brian Van Schyndel, Assistant District Attorney.

For the first time, we saw the Coopman's together but they say their lives were ruined financially, physically, and emotionally.

Cheryl and Jeffrey Coopman held each other close as they learned the fate of 18-year-old Isaiah DeGroot.

Back in January, an officer tried to pull over Isaiah DeGroot when she noticed his plates didn't match the car. But he didn't stop, he sped off and turned into the Festival Foods parking lot where he lost control of the car and crashed into the Coopmans who were leaving the grocery store. 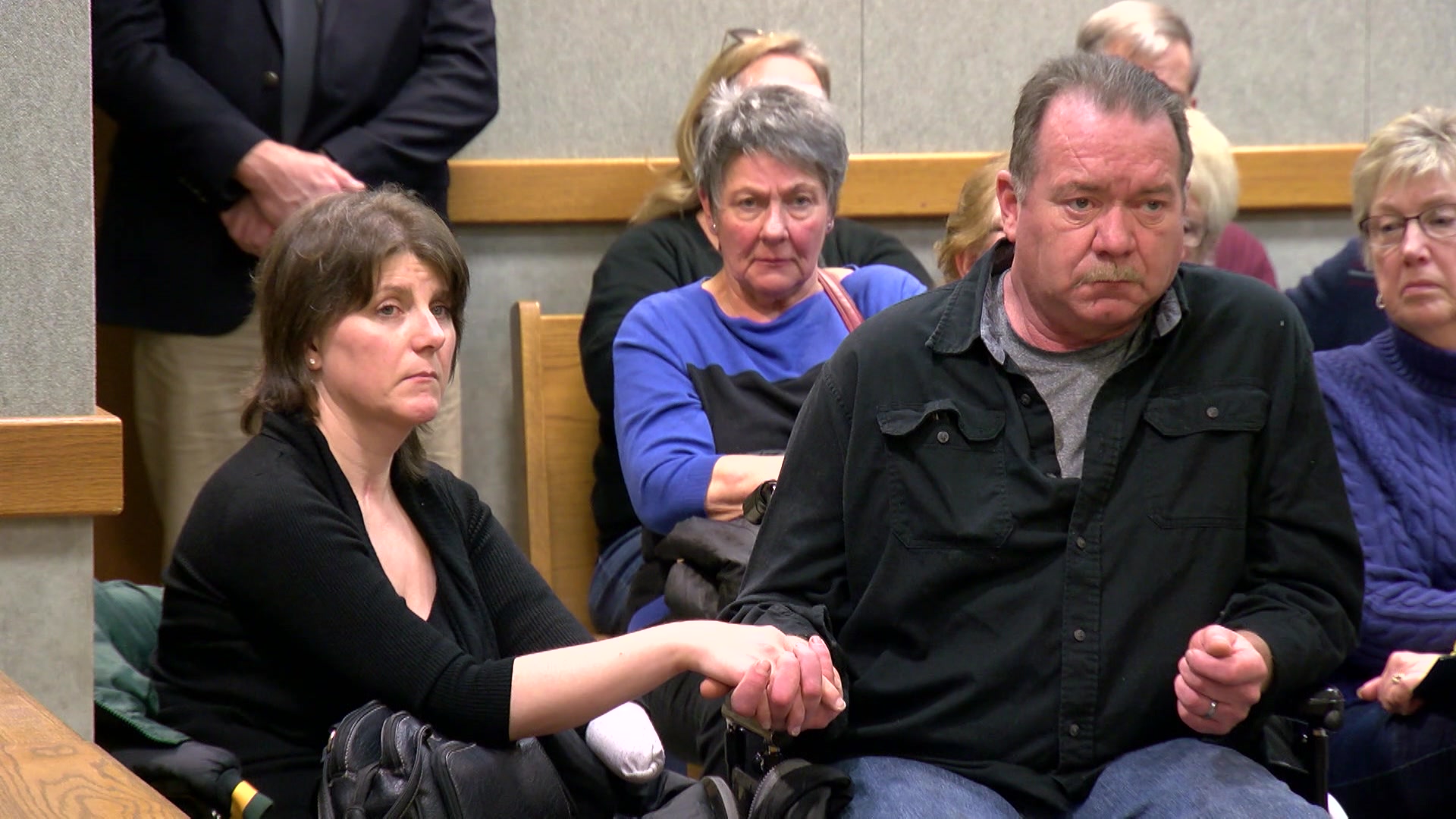 DeGroot ran off leaving his passenger pinned in the car. Both the Coopmans were hospitalized. Cheryl suffered brain injuries and had part of her arm and leg amputated. Jeffrey had his leg amputated as well.

"I have to ask you, Your Honor. Have you ever woke up and thought about the fact that maybe if you and your wife had just died, it would be easier? I have to do that everyday," said Jeffrey Coopman.

The Coopmans were planning to retire but the accident has cost them millions of dollars in medical bills.

The couple lost their daughter in 2017 and had planned on adopting their orphaned granddaughter. Because of the accident, they're no longer able to care for the little girl.

Degroot apologized to the couple in court.

"I'm deeply sorry for the pain I have caused you Mr. and Mrs. Coopman. But I beg for your forgiveness and hope you can forgive me someday," said Degroot.

The restitution hearing will be on February 11. If you'd like to donate to the Coopmans, please click here.