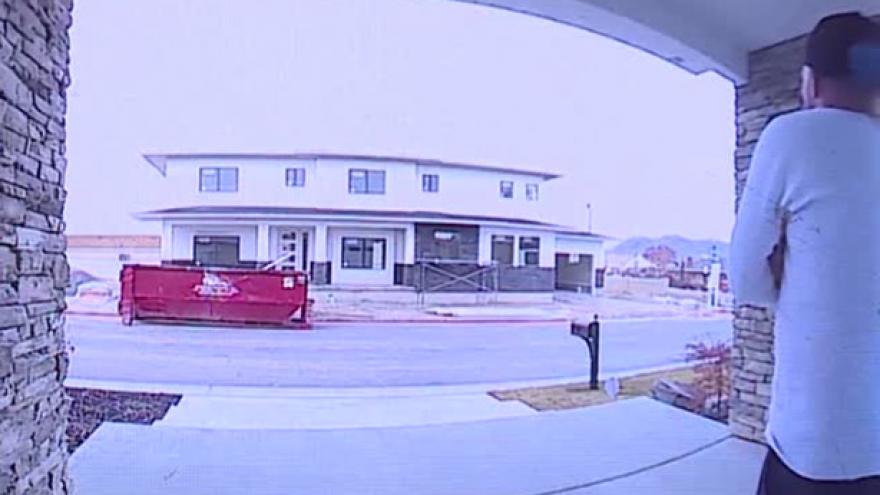 RIVERTON — (CNN/KSL) Two days after a package vanished from his front porch, a man said he was stunned to find the package had been returned along with an apology letter.

Shawn Kojima said the letter, penned in red ink, appeared along with the package and a small stuffed animal.

“To whom it may concern, I am writing you this letter to apologize for the scumbag move I made the other day,” the sender of the letter wrote. “When ringing the doorbell, that was not my intentions. I was looking to ask if your vinal fence was for sale. I do not know what come over me. It will never happen again. Once again I am truly sorry for my inconvenience and selfish ways. If you ever need anything I will be at your service.”

Kojima said when he was notified Friday that his package had arrived but it was nowhere to be found on his doorstep he consulted his security cameras. He said only one man came to his door between the time the package was delivered and when he discovered it was no longer there.

“That’s him walking up,” said Kojima, referencing the video of a man wearing a long, white-sleeved T-shirt and a hat. “Then he’s looking down at the package, and this is where he starts looking up to see if there’s cameras, but it’s in my doorbell.”

Kojima said he reported the incident to Unified Police Department on Saturday, and an officer recommended he post the video or images of the man on social media.

“I thought maybe, you know, five, six, seven friends would share it, and it came out that thousands of people shared it,” Kojima said.

Kojima said within several hours, commenters on Facebook were providing possible name and address information as well as potential sightings of the man shown in the video.

By Sunday, Kojima said the letter arrived on his porch along with the opened package and a stuffed animal.

“My youngest daughter when we first got the package — she started screaming that we won,” Kojima laughed.

Unified police detective Ken Hansen said officers were still investigating the matter. He said police typically recommend people post the surveillance photos and videos to quickly identify suspects in larger sprees, as well as to serve as a deterrent.

Kojima, who admitted he is not a fan of social media, said he is grateful the post appeared to result in his package being returned.

“You know, all the negatives people see from social media — this is actually something positive that we got from it,” Kojima said.