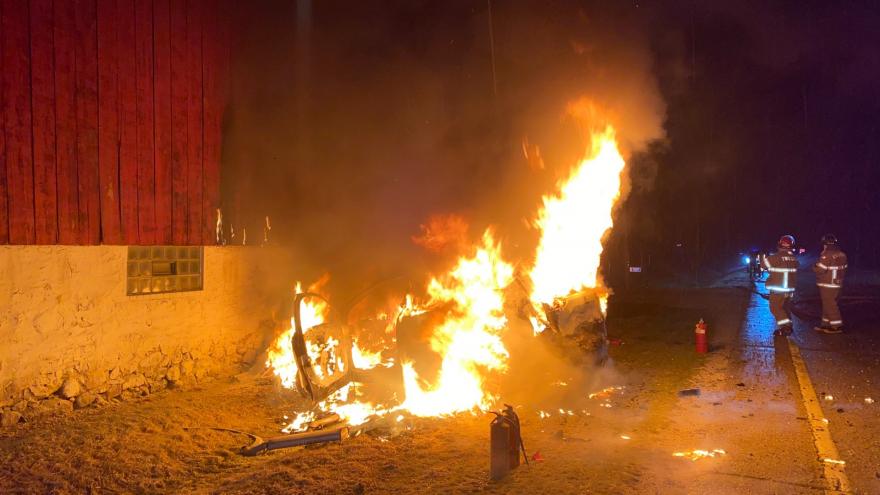 MANITOWOC, Wis. (CBS 58) -- Officials in Manitowoc responded to a vehicle vs. barn crash that happened in the Township of Two Creeks early Tuesday, April 26.

The Manitowoc County Sheriff's Office says a 21-year-old woman from Kewaunee County was traveling northbound on State Highway 42 in a GMC Terrain SUV, when the vehicle left the roadway and entered the east ditch. The SUV struck a culvert, went airborne, and started on fire after colliding with a nearby barn.

According to the sheriff's office, a 41-year-old Manitowoc County man ran to the scene, unbuckled the driver's seatbelt and rescued them from the SUV.

"Thanks to this selfless act and a willingness to intervene, this man's actions prevented further injury from occurring," the sheriff's office said.

Fire personnel were quick to extinguish the fully engulfed vehicle and the barn that caught fire.

The driver of the SUV was transported by ambulance to the hospital for non-life threatening injuries. She was subsequently charged with operating while intoxicated, her first offense. 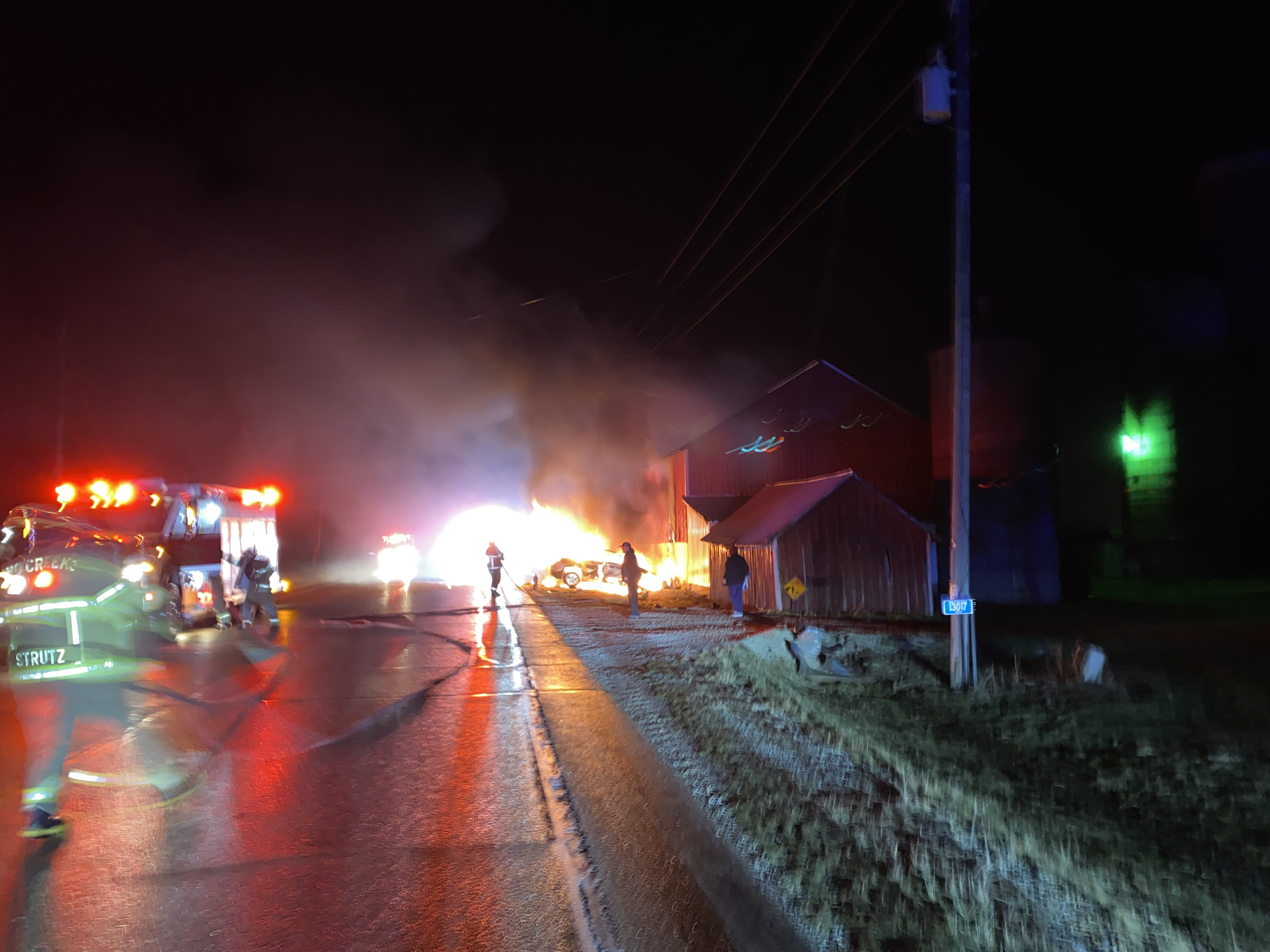