Man presumed dead after falling off cliff while taking selfie 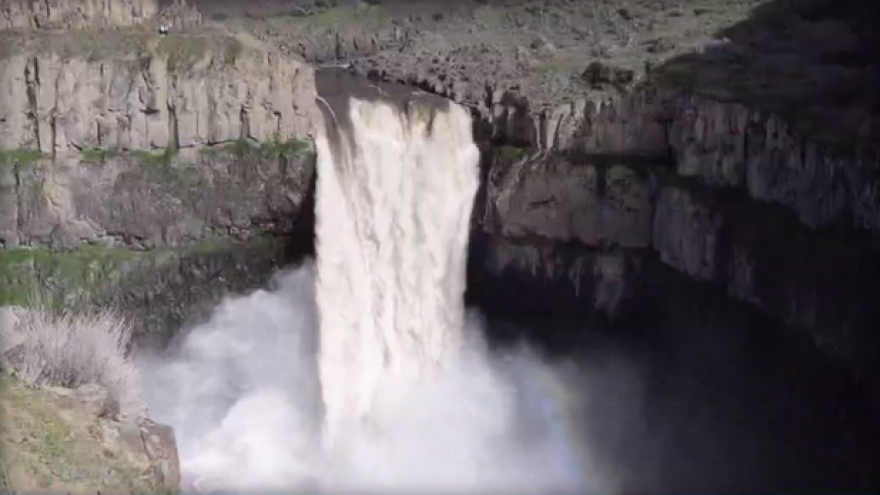 The incident happened on Monday afternoon at the eastern part of the park, according to the Franklin County Sheriff's Office.

CBS affiliate KREM-TV reports the man lost his footing and slipped from a cliff while he was taking a selfie with his girlfriend.

The woman told authorities her boyfriend hit a rock as he fell into the water. He was swept downstream.

Crews spent hours searching for the man's body on Monday, but were unsuccessful in their efforts. The Columbia Basin Dive Rescue team says the search will most likely become a recovery mission.

The man's identity has not yet been released.

Authorities say the Palouse Falls trails have long been a concern. Temporary fencing was placed in the area in 2015 to keep people away from the dangerous trails.

The fencing has since been removed.