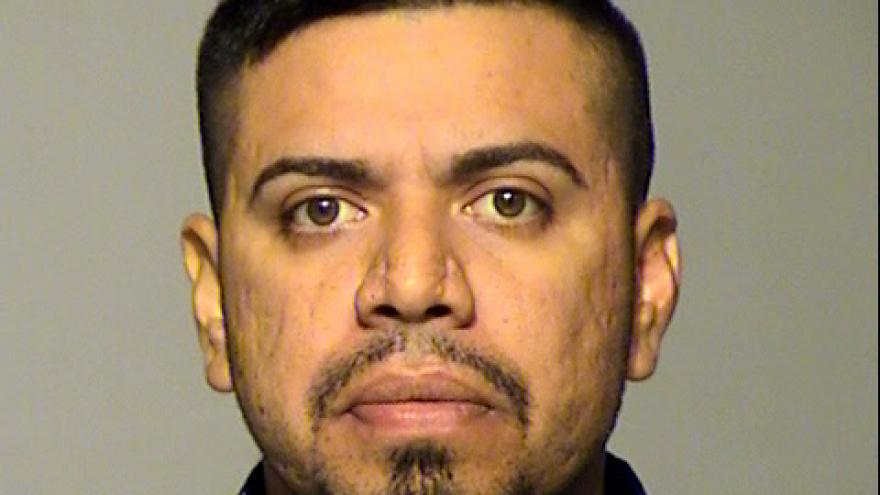 Milwaukee Police were called to an accident scene near Hoyt and Leon shortly after 1 a.m. on August 6th. Upon arrival, they saw that a car had crashed into a light pole. The front passenger of the car, a woman later identified by police as Maria Mexicano, was removed from the vehicle and pronounced dead at the scene.

Galvan told police that he was driving the car and that he and Mexicano got into an argument and that she grabbed the steering wheel, causing him to crash into a pole. He showed signs of intoxication and was arrested.

The victim's death was later ruled strangulation and the manner of death was ruled homicide.

Galvan eventually told police that he admitted choking Mexicano while they were driving. He said he had been in a long term relationship with her, and he recently suspected her of having an affair which caused the argument.

Galvan wrote an apology letter to his mother following the incident which reads in part as follows,

"I do not know how to start with this, but I did not want to do anything mom, when we returned from the south, she began very angry and I told her that everyone knew that she was seeing someone else and that no one believed her and it was then when she grabbed my hand, and began telling me a lot of things that I do not want to remember, if I was a real man that I would hurt her and she placed my hand on her neck and she yelled at me if I could not hurt her, that I was not a man and a lot of things more, mom I did not want to do anything but she would ridicule me. She would laugh and tell me that I was not a man but a F***** and that if I could not do it and that I was useless. And she would make fun of me a lot mom. Take care of Johncarlo mom this woman devastated my life, and of her son and her kids. I do not know what happened to her mom, she was like crazy, and I did not know her and that is something horrible. Mom take care of my son and pray for me a lot. Because now my life has no purpose she destroyed it."

Galvan will have his Preliminary Hearing on August 17th.