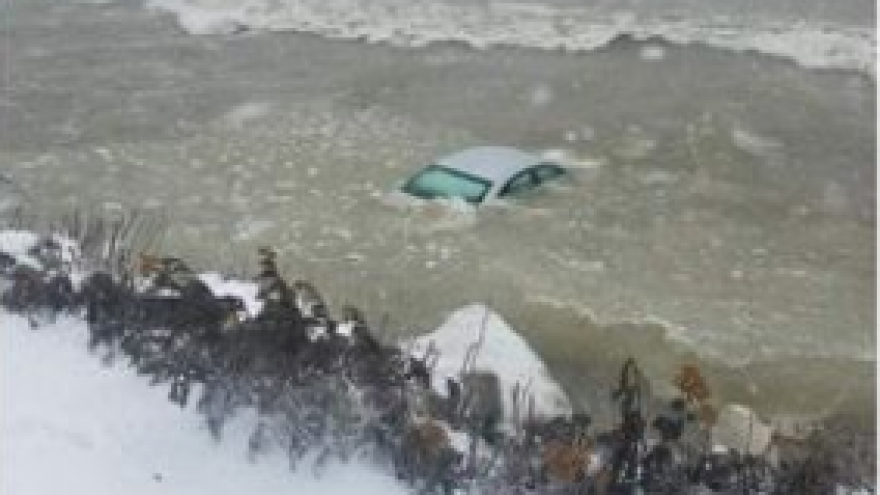 MANITOWOC, Wis. (WFRV) - A 50-year-old Manitowoc man suffered only a minor injury after his car left the roadway on the 800 Block of Maritime Drive and landed in Lake Michigan Wednesday morning.

Police came upon the scene at approximately 10:40 a.m, when they noticed a few people on the side of the road arguing.

Officers made contact with the subjects, and learned that one of them had lost control of his four-door sedan while traveling northbound on Maritime Drive, and ultimately left the road before landing in Lake Michigan.

The driver, a 50-year-old Manitowoc man, was the single occupant of the vehicle. He had only a minor injury and went to the hospital later on his own accord.

No other vehicles were involved, and police say that weather and road conditions were both factors in the incident.

The vehicle has not yet been removed from the lake due to weather conditions.

The Manitowoc Police Department says they are working with other agencies to have it removed as soon as possible.