Man killed by neighbor after fight over spanking own dog, girlfriend says 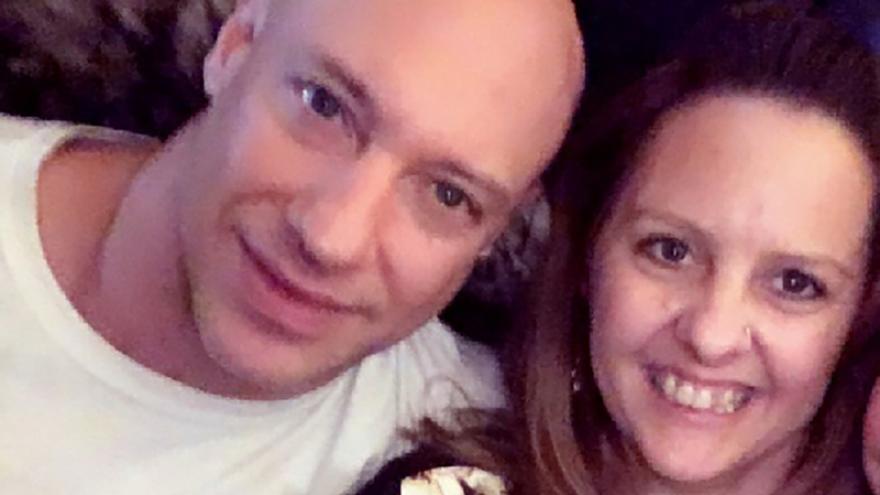 THORNTON, Colo. (CBS4) – A fight between neighbors ended with one man dead and another in jail. The victim’s girlfriend says it started with an argument over a dog.

Dustin Schmidt, 42, was shot and killed Tuesday night, outside his home in Thornton.

Schmidt’s girlfriend, Vicki Branaghan, told CBS4 he was killed after spanking his own dog.

Branaghan told reporter Dillon Thomas her dog, Bruno, had a history of jumping fences. Tuesday night, Bruno jumped over the fence, into the yard behind their home, which belongs to Sadeghi.

“(Dustin) reached over, and pulled Bruno up over the fence, and back on our side,” Branaghan said. “(Dustin) swatted (Bruno) on the butt, and said ‘bad boy.'”

Branaghan says they have tried to keep Bruno chained in their yard but he’s gone over the fence before. She said, in the past, Sadeghi has allowed them to retrieve their dog without issue, often offering to do it for them.

However, Branaghan said Sadeghi did not like that Schmidt spanked Bruno.

After arguing over the fence, briefly, Branaghan said Schmidt turned his back, to return to his own home.

“[Sadeghi] just started firing. He fired and Dustin fell,” Branaghan said with tears in her eyes. “I just sat there and held [Schmidt], because I didn’t know what to do. He was bleeding, and I knew he was gone.”

Branaghan said Schmidt was shot in the back of his head and neck — at least four times.

At the time of this publication, Thornton Police would not confirm, nor deny, the allegations given by Branaghan in her interview with CBS4.

Branaghan said she never thought Sadeghi was capable of killing someone, before this altercation. She said she used to walk her dogs with Sadeghi and always had a cordial relationship.

“I thought he was the best neighbor,” Branaghan said.

Schmidt was described as a man of many friends, who loved karaoke, and the guitar he just received for Valentine’s Day.

“He would make up songs, and sing them out loud,” Branaghan said.

Branaghan said the duo planned on selling their home and intended to put it on the market two weeks after the day he was murdered.

She said she didn’t understand why the argument escalated so quickly, leaving her to wonder why her boyfriend was killed.

“I don’t know what I am going to do without him. He was my rock. He made me feel like the world,” Branaghan said. “I knew we would get married soon. He said by the end of the year.”

The family set up a GoFundMe account to help with funeral expenses. We will update this article with that link once it is active.

Dillon Thomas is a reporter at CBS4 and a Colorado native. He believes everyone has a story, and would love to share yours! You can find more of his stories by following him on Twitter, @DillonMThomas.