MILWAUKEE (CBS 58) -- Milwaukee Police tell CBS 58 the two security guards who punched and kicked a man in a wheelchair outside of Jalisco's Mexican Restaurant in Milwaukee have been arrested.

Further information was not available from police Sunday afternoon.

MILWAUKEE (CBS 58) -- Cellphone video shows a man in a wheelchair being punched and kicked by security guards outside of Jalisco's Mexican Restaurant in Milwaukee.

The man in a wheelchair was outside of Jalisco's Mexican Restaurant near Washington and Cesar E Chavez Drive early Saturday morning when video shows him being punched and kicked by security guards from J.C. Public Safety, a private security company.

The man’s friend and co-worker, Maxamino Roman is a security guard with another company not connected to this incident. Roman says guards could have handled the incident differently.

“There could have been different measures taken to deescalate the situation,” Roman said.

The owner of J.C. Public Safety, the company involved in the incident, says what the guards did was wrong, but there was a reason behind it. J.C. Public Safety Owner Jose Carrasquillo said the man in the wheelchair was kicked out of Jalisco's because he was being disruptive to other customers and when outside he pinned a guard down.

Carrasquillo said two guards were put on leave and others will get more training.

“I want to apologize to this guy, but I don't have control when this guy is looking for trouble,” Carrasquillo said.

The owner of Jalisco's says he is disappointed and on Facebook, the restaurant made this statement: 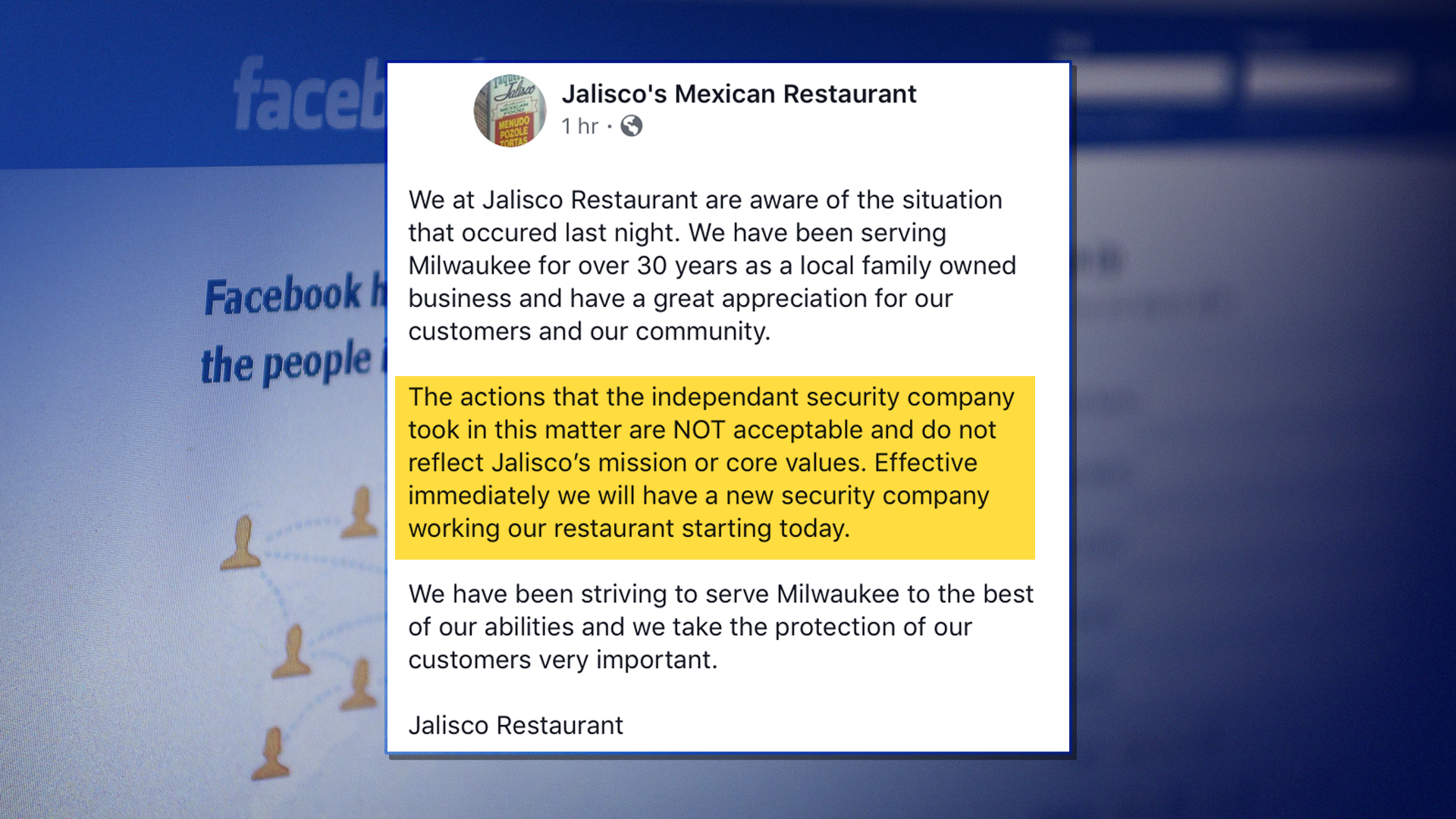 Roman’s company will be taking over security for Jalisco's, after J.C. Public Safety was fired. He said what happened to his friend on Saturday won’t happen to anyone else under their watch.

“Us as security, we're supposed to protect the people,” Roman said. “Not hurt the people.”

The Milwaukee Police Department confirmed the incident happened, but did not give details on the incident or if any arrests were made.