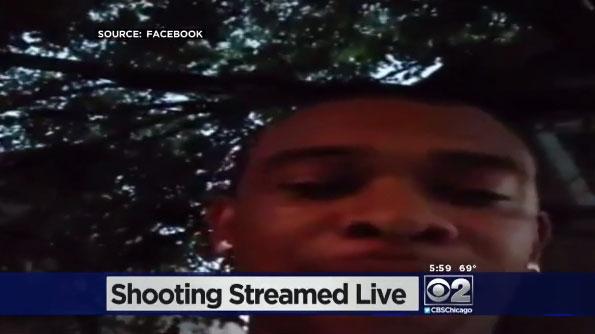 CHICAGO (CBS) — A man standing on the sidewalk, posting a live video on Facebook, was fatally shot in North Lawndale.

Antonio Perkins, 28, appeared to be using the social media site’s live stream application when several gun shots are heard and his friends start screaming for help.

Perkins was found face down with gunshot wounds to the neck and head in a vacant lot in the 1600 block of South Drake, according to police.

He was taken to Mount Sinai Hospital, where he was pronounced dead at 9:07 p.m. Wednesday. Perkins’ father told CBS 2’s Suzanne LeMignot that it was his second son lost to gun violence.

The video contains the sound of gunshots and then the camera falls to the ground.

People can be heard in the background screaming and calling for an ambulance.

Police say Perkins is a documented gang member. However, his family said he was getting his life back on track and had worked at a nearby McDonald’s restaurant for the past three year.

“My son was doing good. He wasn’t involved in anything. He was going to work and taking care of his children,” the victim’s father, Daniel Cole, tells CBS 2’s Suzanne Le Mignot.