Man flown to hospital after rollover in Whitefish Bay 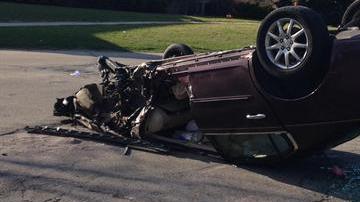 WHITEFISH BAY, WI - A driver was flown to a local hospital after a rollover accident on Santa Monica Boulevard Tuesday afternoon. Officials say the driver was speeding when he lost control of his car, slammed into a tree and rolled several times near School Street. He was the only one inside the vehicle at the time. Neighbors say it's one of the worst accidents they've ever seen in the area. The condition of the driver was not known on Tuesday night.