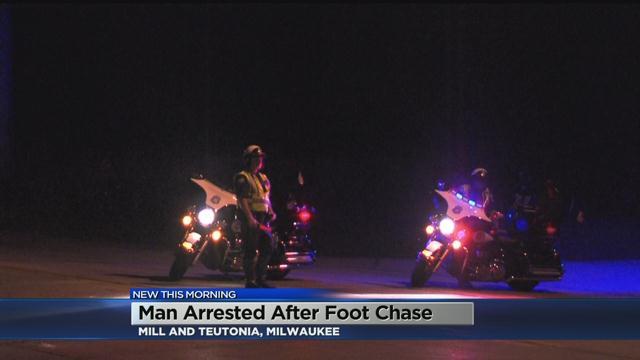 A Milwaukee man is in jail after he ran from officers and prompted a standoff that lasted hours.

It all started around 7:30 Monday night.

Police say they heard shots fired near Mill and Teutonia in Milwaukee.

As the officers moved closer they say a man ran into a nearby factory when he saw them.

Police talked with that man for the next few hours before finally arresting him around midnight.

They say he had an outstanding felony warrant.