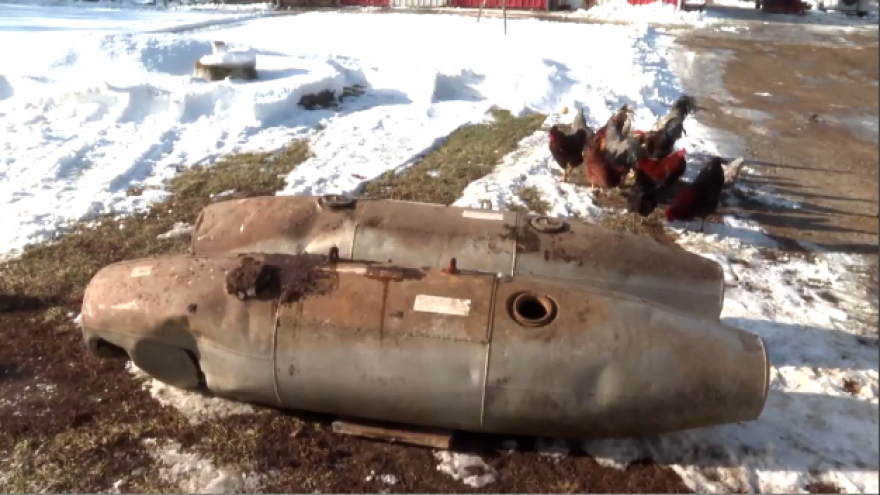 RIB MOUNTAIN, Wis. (CBS 58) -- A Wisconsin man made a shocking discovery on his farm.

What he thought was old boating equipment ended up being two napalm tanks.

Merle Farkas found the bomb tanks less than 50 yards from his home while clearing brush on his hobby farm in Rib Mountain.

The Sheriff's Office says he can keep the tanks as long as they aren't full. Farkas, however, has a few questions.

"Where'd they come from? Did they fall out of the sky? Obviously, I don't think they were used but was it a surplus? Maybe back in the day you could buy something like that," said Merle Farkas.

An expert at the Marathon County Historical Society thinks it's more likely from a surplus store since there wasn't a lot of military training in the area.