Man fights to save emotional support dog from being euthanized 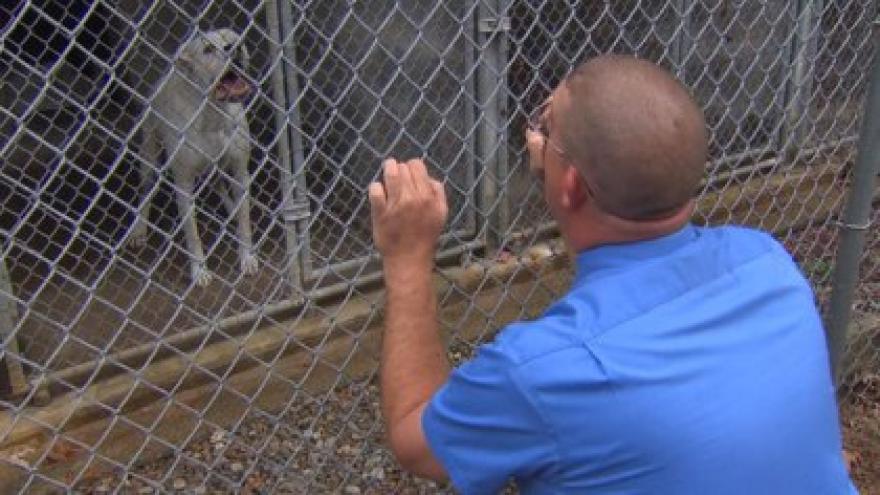 Now Ceccarelli is the one fighting to save Chance’s life, as the dog sits in the town shelter on death row. After several attacks, Dudley’s Board of Selectmen decided Chance is dangerous. “Just because someone has an emotional support animal doesn’t give them the right to harbor a vicious animal,” said Dudley Town Administrator Greg Balukonis.

The Lowell attack made headlines when a seven-year-old boy was killed by two pit bulls in his neighborhood Saturday. Ceccarelli says it prompted him to take more precautions at his home, like installing a new locked chain-link dog fence. “We went proactive as soon as we heard about that tragic accident and made people aware,” Ceccarelli said. “There are signs on my property, signs on my mailbox.”

But one of his neighbors said Chance attacked two of her dogs as they walked by his home months ago. “The dog charged over and attacked my golden retriever,” said Kathy Davies. “I had to take my dog to the vet. He had to have surgery.”

The court proceedings were delayed until next week, leaving Ceccarelli limited to visits at the town shelter for now. He said Tuesday marked 70 days since their forced separation. He’s now praying for a chance to save Chance.