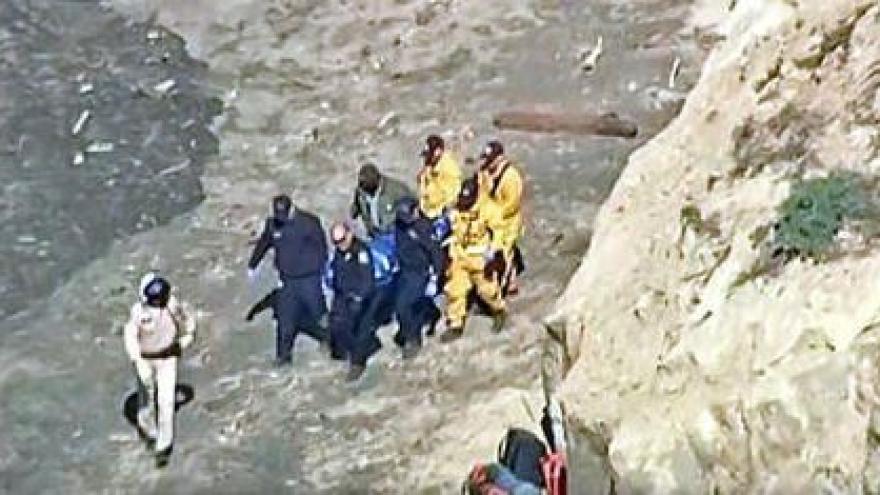 DALY CITY, Calif. (CBS News) – A heartbreaking recovery unfolded at Thornton State Beach Monday after a 67-year-old man fell down a 500-foot cliff while he was trying to rescue his dog.

CBS San Francisco reports the Golden Gate National Park ranger said the man's dog got away from him, and when he tried to go after it he slipped to his death.

Long after the fatal fall, the man's dog continued pacing and barking on a perch, as is if to sense something was wrong.

"The dog knows if you are hurt and sometimes with the cliff they get overstimulated and don't know all the facts," says dog walker Kyle Moreno.

This is a popular area for dog walkers. Tedd Leblanc of Daly City and his friends were out hiking Monday. He says the terrain is steep.

"Sometimes things can move around. You gotta be careful. Always be on alert because rocks can tumble"

Rescuers airlifted the man's body from the bottom of the cliff.

Later they helped the dog get back up the steep cliff and gave it to the victim's family.

Park rangers say there are no leash laws in place, but advise dogwalkers to put their animals on a leash or make sure they respond to voice control.

The area is home to beautiful scenic trails but it is very steep.