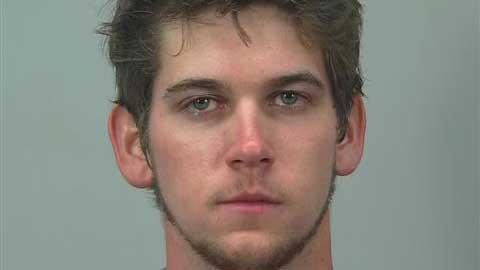 A 21 year-old escaped University of Wisconsin -Madison Police's custody while being arrested for a DUI only to later ask a police officer for a ride home in Madison.

On Saturday, August 22, at approximately 2:05 AM, a UW-Madison Police officer observed a vehicle driving erratically near the Kohl Center.
The driver, later identified as Sean M. Riemenapp, from Dodgeville, was speeding and came close to running other vehicles off the road.
Riemenapp was stopped at South Park Street and Chandler Street , the officer noticed he was slurring his speech and smelled like alcohol.
After failing a field sobriety test, with a .14 BAC, Riemenapp was arrested for Operating While Intoxicated. While being handcuffed, Riemenapp escaped from the officer’s grasp and took off running. A foot pursuit and search began  with help from a Madison Police K9 unit  but Riemenapp couldn’t be located.

At approximately 4:45 AM, Riemenapp tapped on the window of a vehicle in Middleton, and asked the driver for a ride home. Unfortunately for Riemenapp, the vehicle was a squad car, and driver was an on-duty Middleton Police officer. The officer recognized Riemenapp, based on a description UWPD had broadcast to local police departments in the attempt to locate him. Middleton Police transported him to UWPD, where he was placed under arrest.

Riemenapp was booked into the Dane County Jail on charges of third offense OWI, fleeing, and resisting arrest.