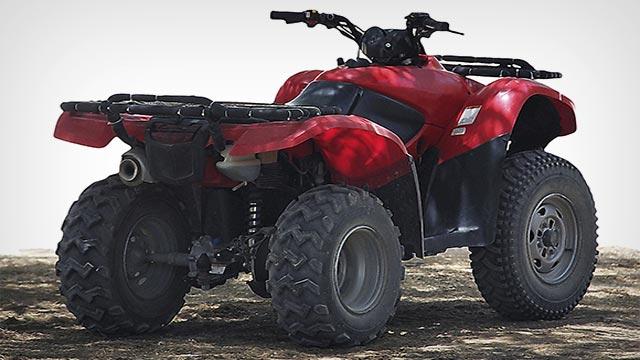 The 43-year-old man and his 7-year-old son were on the ATV heading north in the 100 block of North Ravine Lane in North Barrington about 4:15 p.m. when the man swerved to avoid hitting a dog and the ATV rolled over, according to the Lake County sheriff’s office.

The North Barrington man was taken to Condell Medical Center in Libertyville with life-threatening injuries, according to the sheriff’s office.

The 7-year-old passenger was treated at the scene by paramedics, but not taken to a hospital.

Neither the driver nor the child were wearing helmets.